Another great week of wildlife, and particularly, polar bear viewing in Churchill, MB with Natural Habitat and guide Colby Brokvist.

Slightly warmer air temperatures made for a bit more action out in the Churchill Wildlife Management Area. A sow and two coy were entertaining the group of travelers for hours and then amazingly the cubs even sparred with each other for a short time. A full day with the family provided thrills for the folks on the polar rover.

The following day Colby and group started off  watching conservation officers tranquilize a large, skinny male bear out near the old dump close to what used to be the incineration plant. The groggy bear took two minutes to fall, and was then loaded on the truck and brought to the polar bear compound. Pretty thrilling to witness that live. 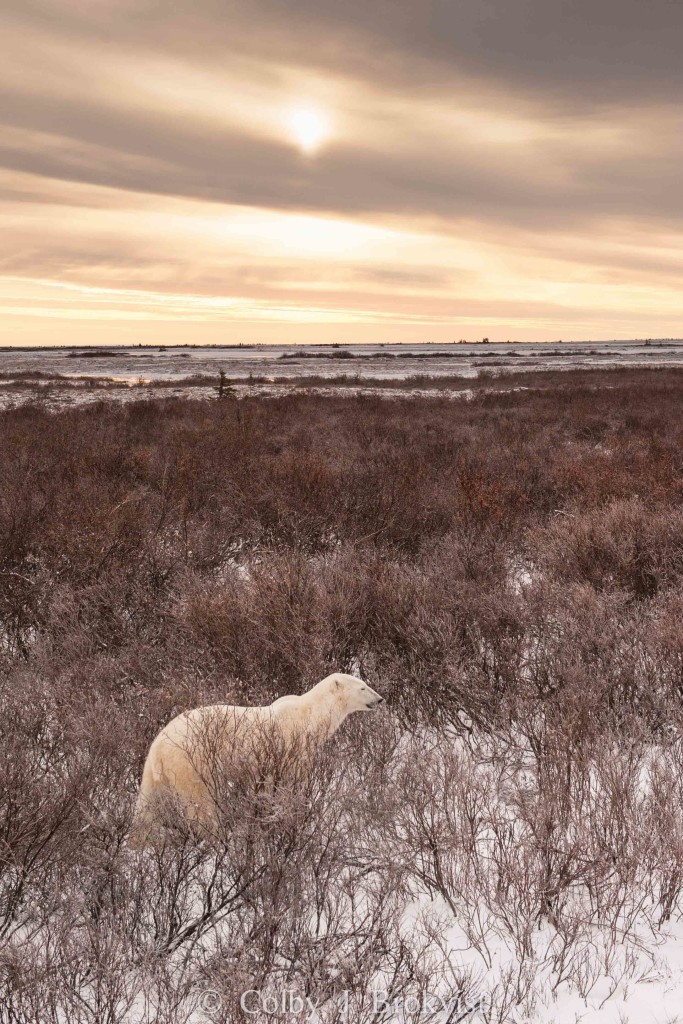 Out on the tundra of the CWMA, the travelers encountered Arctic fox, snowy owl, and some big male bears sparring at the lodge. “One large adult male came right up on our rover and I was excited to recognize his facial scar pattern as one who had been out at the Tundra lodge with me for several weeks a few seasons ago” reported Colby. ” I haven’t seen him since, so it was a memorable moment for me.” Another great day out on the land.

The group topped off the trip with a polar bear lift just before flying home. Natural Habitat sponsored the flight in support of the conservation and management program here in Churchill.