Nearly all polar bears in the Churchill area have ventured onto the Hudson Bay pack ice. Although the northern winter seems unending in the far north, the time for polar bears to gather the sustenance they need from seal-hunting is relatively short. With the extreme weather and ice conditions working consistently to minimize the kill success of polar bears, every opportunity is treated as a golden one. Whatever fat-storage polar bears need to survive the increasingly ice-free summers, the majority must be accumulated through these “ice-solated” interactions. This season most polar bears seemed very healthy overall and hopes for another long ice-season are high. 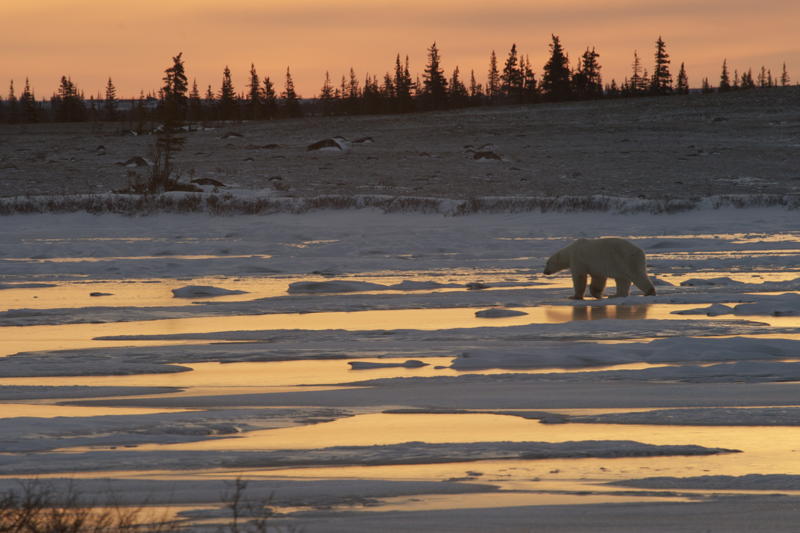 Polar bear on the frozen thermakarst near the hudson Bay. Photo: Paul Brown 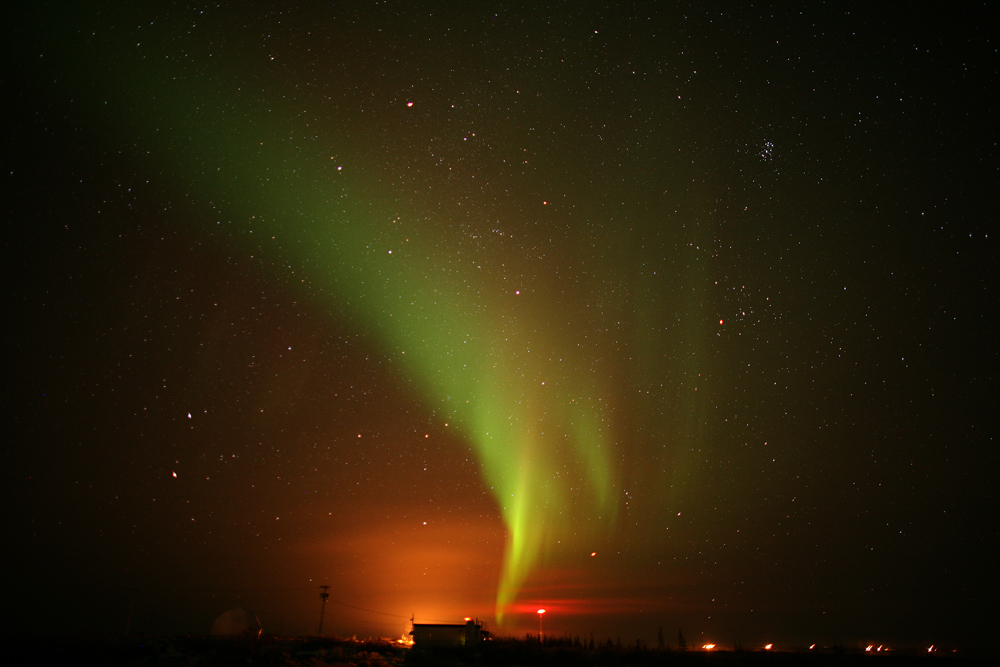