Last November Churchill had a polar bear attack within the town limits. 30-year old Churchill resident Erin Greene was attacked by a bear in the early morning hours following a Halloween party.

Former tour guide Bill Ayotte was awoken by Ms. Greene’s screams and he quickly rushed to action and saved her life. Mr. Ayotte grabbed a snow shovel and ran to the road where he began clubbing the polar bear over the head causing the bear to release Ms. Greene from his grasp. The bear turned on Mr. Ayotte and was on top of him in a flash.

By this point of the attacks the entire neighborhood was awake and observing the incident from their doorways or windows. Another neighbor, 18-year-old Didier Foubert-Allen did more than just watch and his actions most surely saved Mr. Ayotte’s life. Mr. Foubert-Allen ran inside his residence and grabbed his shotgun and fired off 18 rounds of shells, two of which struck the bear, though proved to provide little relief from the attack. Most of the rounds were fired over the head of the aggressive bear but the bear continued to maul Mr. Ayotte. ‘I saw this bear just pounding on Bill, knocking him around like nothing, so I ran back inside, grabbed my shotgun and a box of shells and started shooting above the bear trying to scare it off,’ Faubert-Allen said. 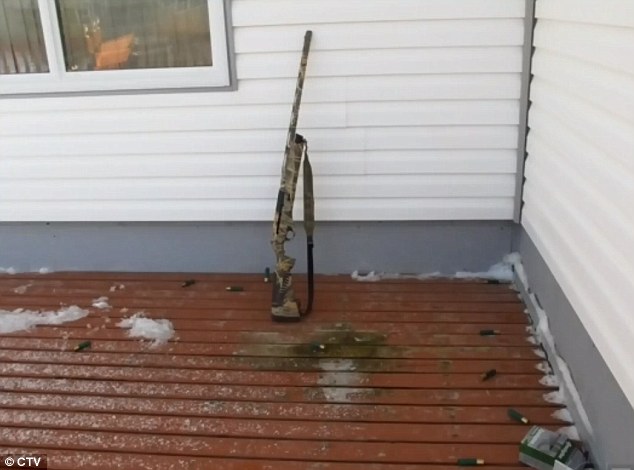 With no results from the shooting barrage, Faubert-Allen, barely clothed, jumped in his truck and drove the short distance to the scene. Honking the horn and flashing the headlights finally caused the polar bear to stop and scurry off down the desolate street. ‘I was five feet away from this bear, honking the horn, turning on the high beams and it suddenly stopped and ran up the road. It was almost an instinct. I knew that if the bear attacked the truck, it would get off of Bill,’ Faubert-Allen said. 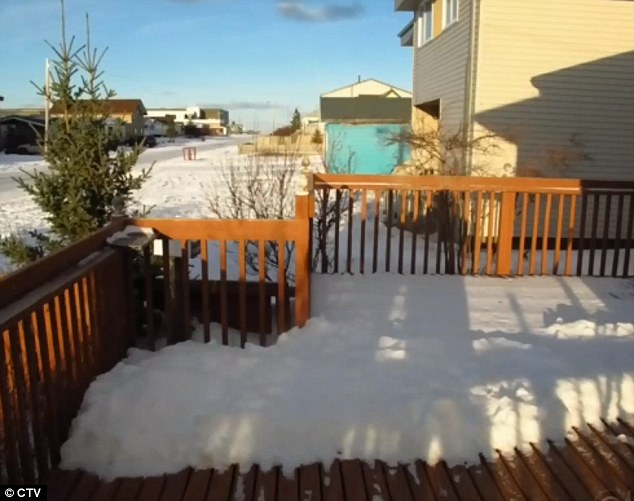 A little later on the bear was put down by Manitoba Conservation officers a short distance from the initial encounter area.

Quick action from residents in this incident saved the lives of two individuals. Both Ms. Greene and Mr. Ayotte were treated in Churchill and then airlifted to Winnipeg and were treated at the Health Sciences Centre. Mr. Ayotte incurred serious injuries and Ms. Greene lacerations to the head and arm.

The attack was just one of a few over the past 50 years in Churchill. Luckily nobody was killed in the incident though it serves as a reminder that the region lies in a wild area in which the polar bears roam. With the increased numbers of travelers coming into town yearly, the risk of more dangerous interactions continues to be prevalent.