An extreme activity warning for aurora borealis viewing was issued prior to last night for Churchill and we surely were not disappointed! These images from Natural Habitat Adventure’s guide Drew Hamilton are pretty creative and spectacular. The nights have been filled with northern lights this season and they just seem to be getting better and better. With 10 days and counting until the Hudson Bay Quest leaves from Churchill hopes are high for some night navigation by the glow in the sky. 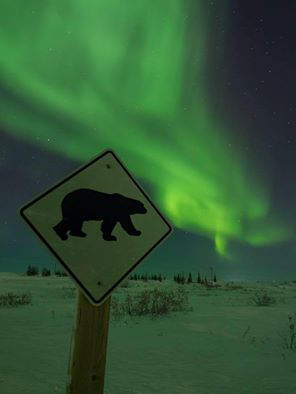 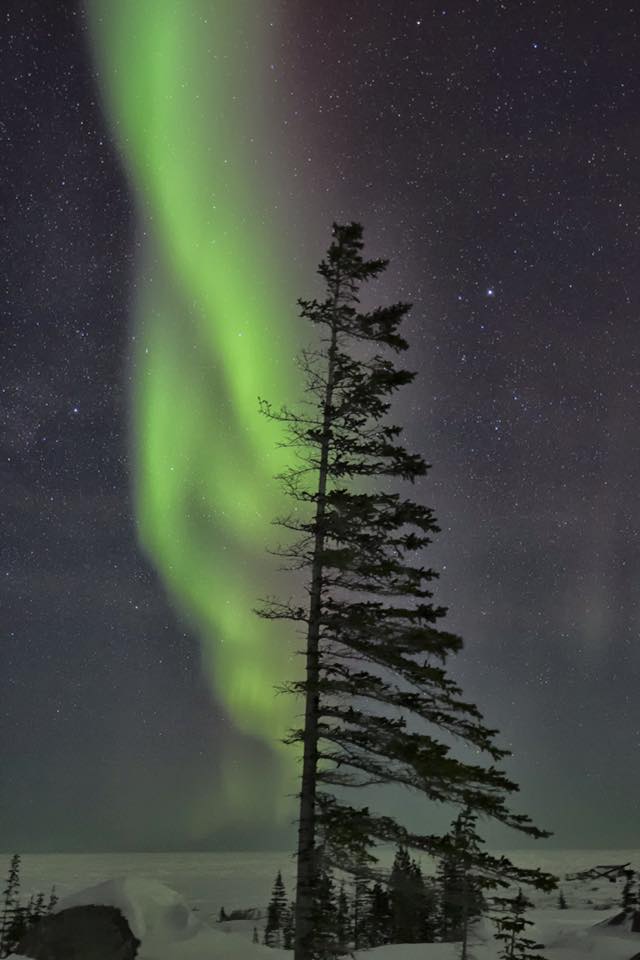 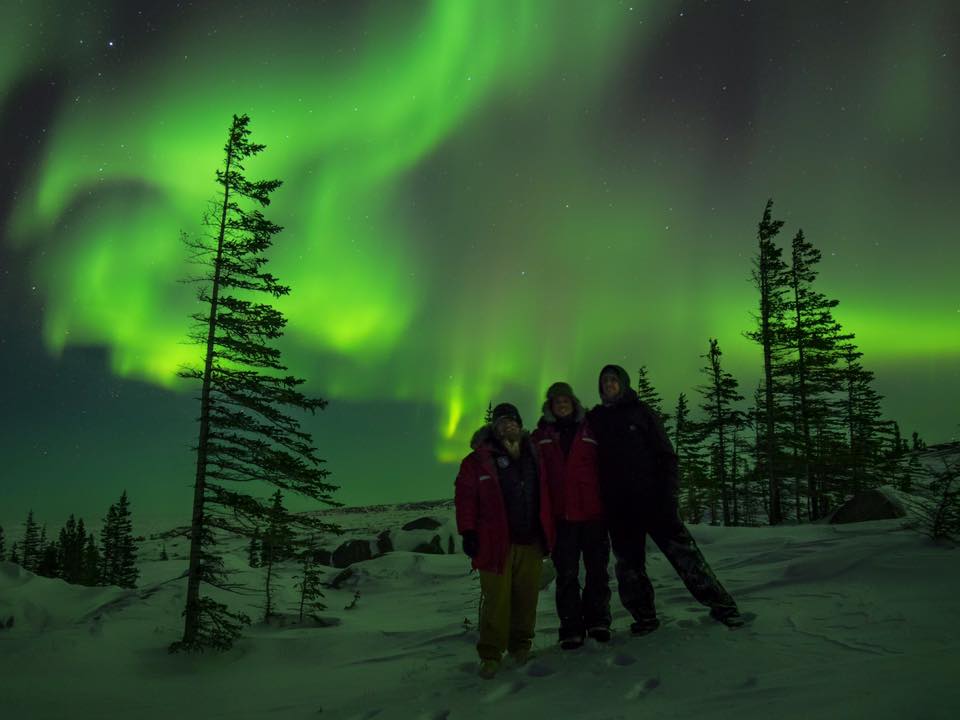 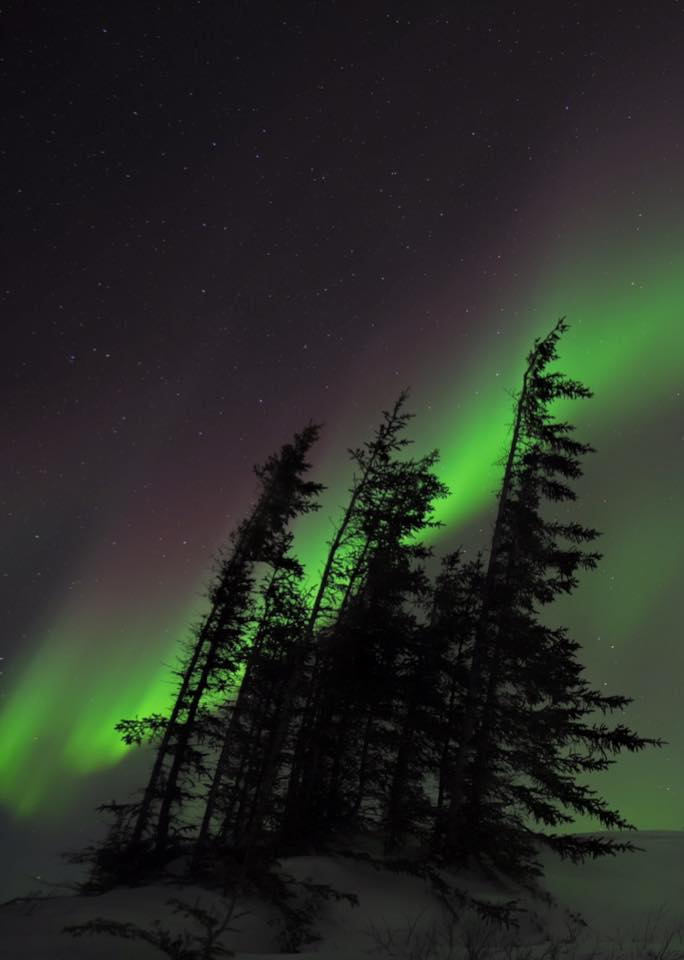 Northern lights above a spruce stand by the boreal forest. Drew Hamilton photo.