This multi – media compilation by Natural Habitat Adventures traveler Stephen Lurie from an ultimate 2013 group experience in Churchill, Manitoba gives an overview exploring the polar bear capital of the world. Seasoned guide Melissa Scott led the group on an amazing wildlife adventure, exploring the tundra from both air via helicopter and dog sled! Churchill’s wildlife and floral treasures reveal themselves when you look from all angles, often when you least expect them to.

This outstanding underwater shot was taken by wildlife photographer Douglas Kahle in Churchill while snorkeling with hundreds of beluga whales. We have not seen many photos capturing air bubbles coming from the beluga’s blow hole. Beluga Whales are extremely curious toward humans underwater, allowing for these up-close photo opportunities and wildlife experiences of a lifetime. Fantastic shot! 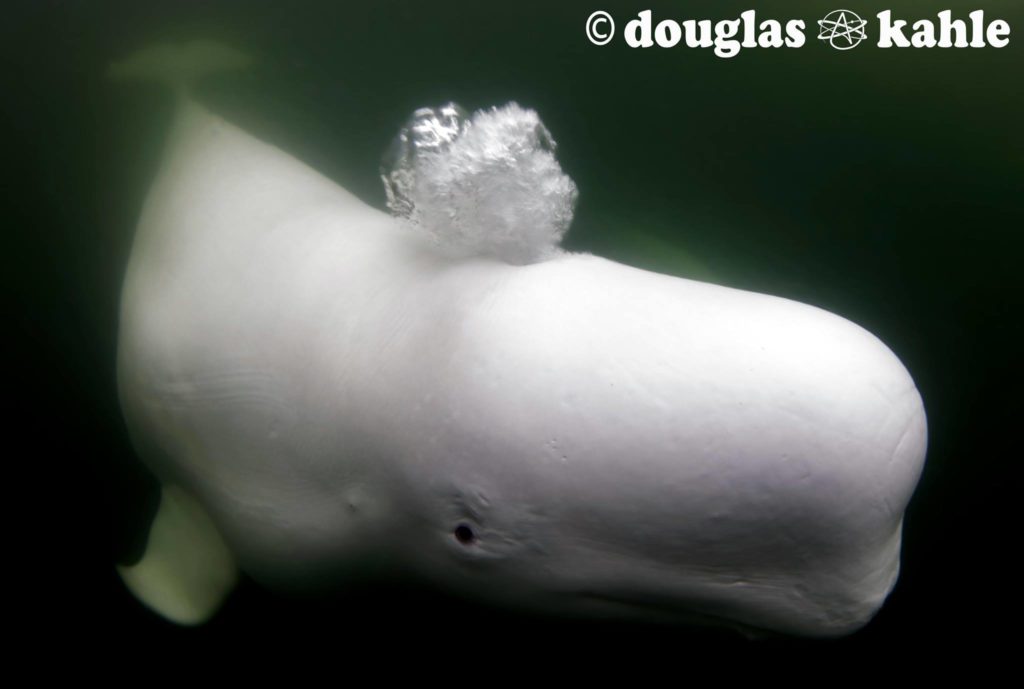 These polar bears are investigating the smells and feel of a tour vehicle. Inquisitive Polar bears are super sensitive to smell and are fearless when it comes to exploring new things in their environment. This is one of those rare times when getting this close to a polar bear is safe…for the most part. Nice shot by Alex De Vries – Magnifico in Churchill last polar bear season! 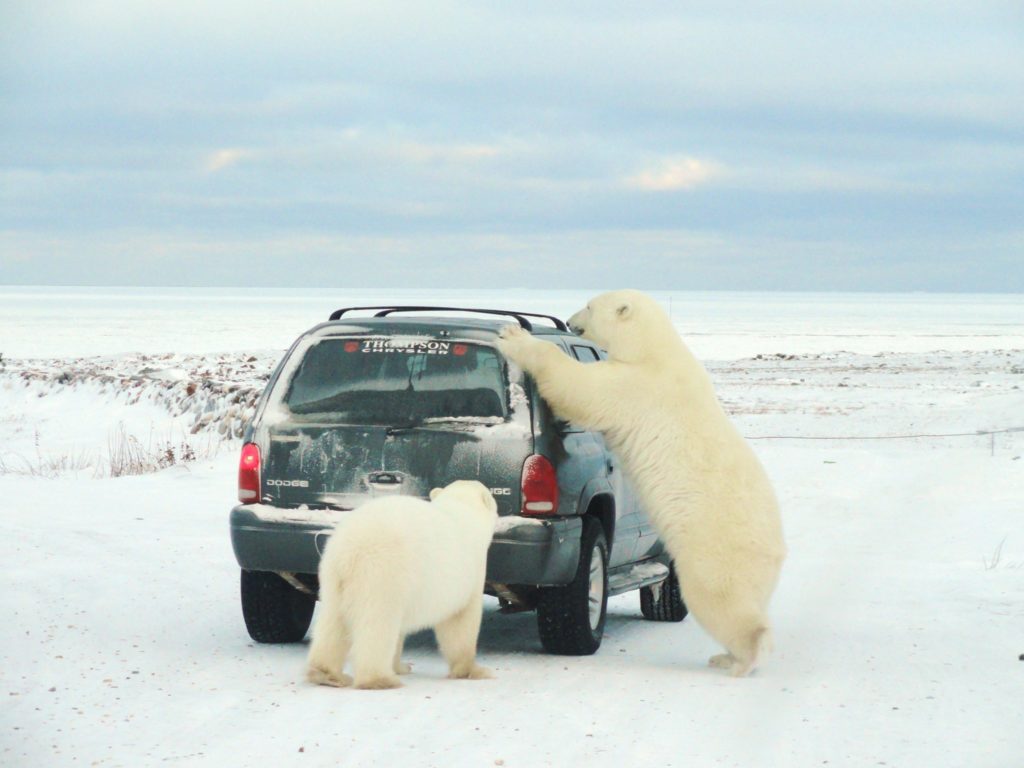 A  late summer storm swept into Nunavut and brought heavy winds and snow to the region.With all the steamy hot temperatures to the south, watching this will cool us off and remind us of what’s to come in a few months. The wintry blast seems incomprehensible at this time of summer though in a way the cold is a refreshing reminder that the heat won’t last too much longer!