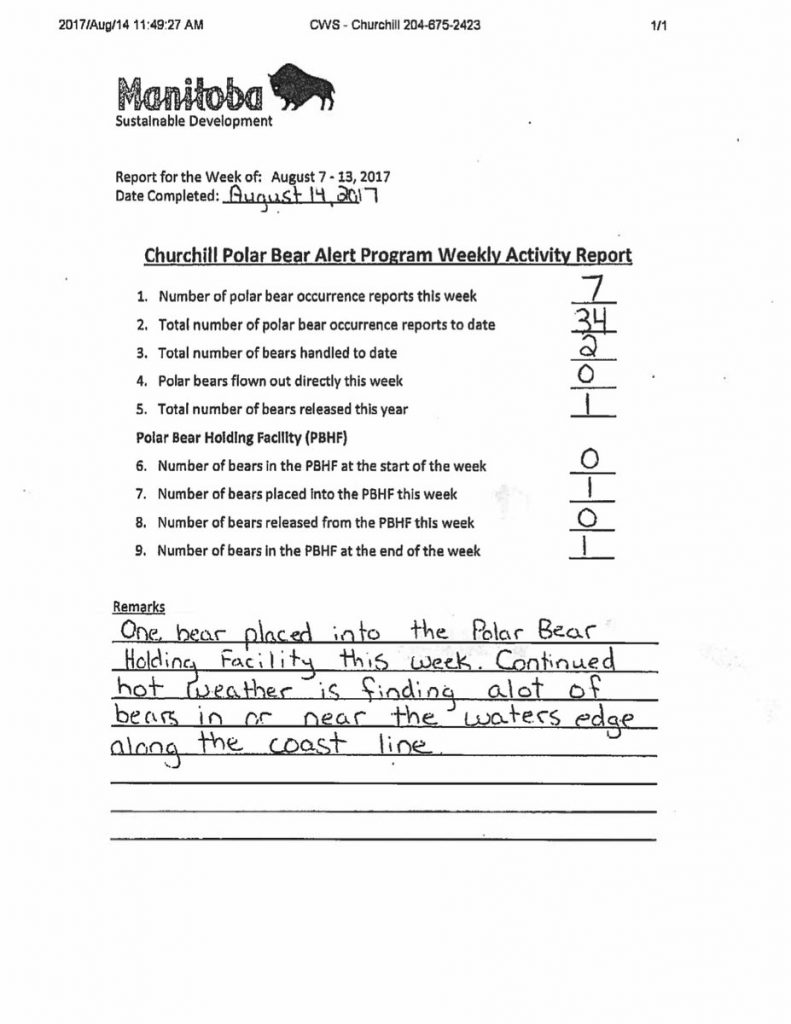 Polar bear stats for the week of August 7-13th. One polar bear in PBHF. Town of Churchill image.

Polar bear activity in and around Churchill has been light due to the continued warm weather keeping the polar bears close to the Hudson Bay. While bear numbers have remained fairly consistent over the past few weeks only one polar bear has been incarcerated in the holding facility. We expect that stat to increase as the summer begin to wane and polar bear season approaches. These recent photos of polar bears enjoying the Churchill summer indicate a good seal hunting season out on the pack ice. The presence of a healthy wolf on the tundra also indicates the wildlife ecosystem in the Churchill region is healthy.

The presence of a healthy wolf on the tundra also indicates the wildlife ecosystem in the Churchill region is healthy. We have been seeing all kind of wildlife species this summer with numerous bears, belugas, red fox, caribou and wolves. Bird numbers have also been extremely good and everyone is excited about the 2017 polar bear season just a couple of months away. Stay posted for all the updates and news from the Polar Bear Capital of the World! 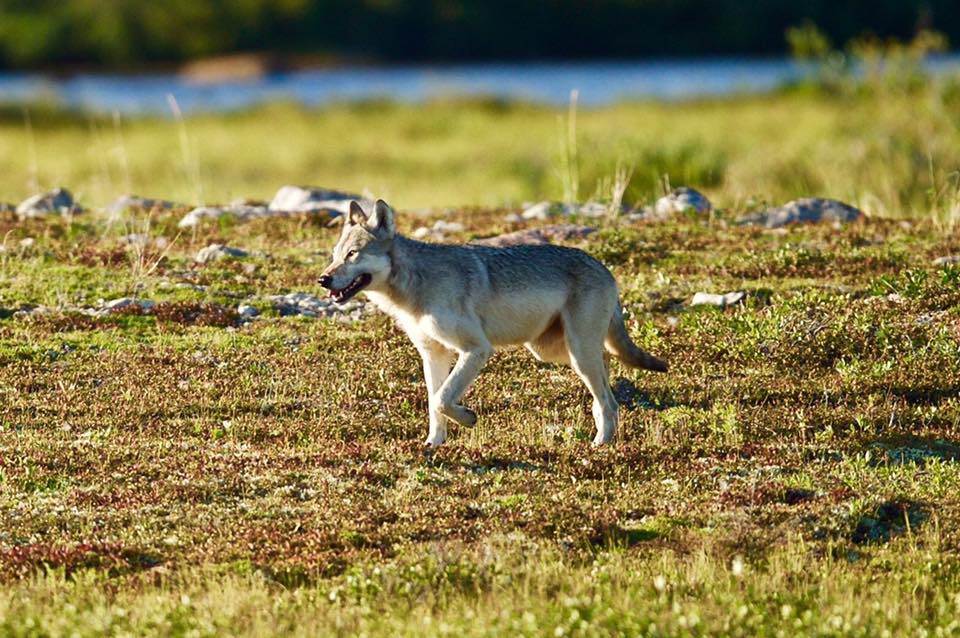 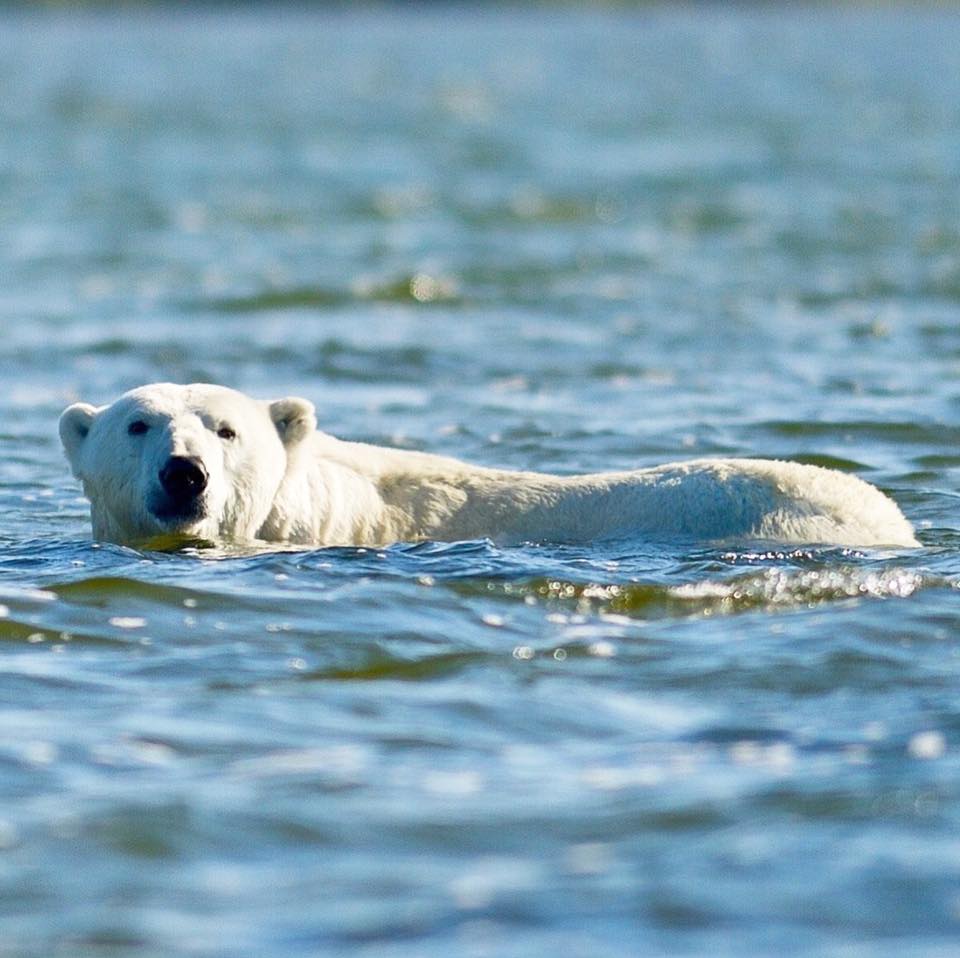 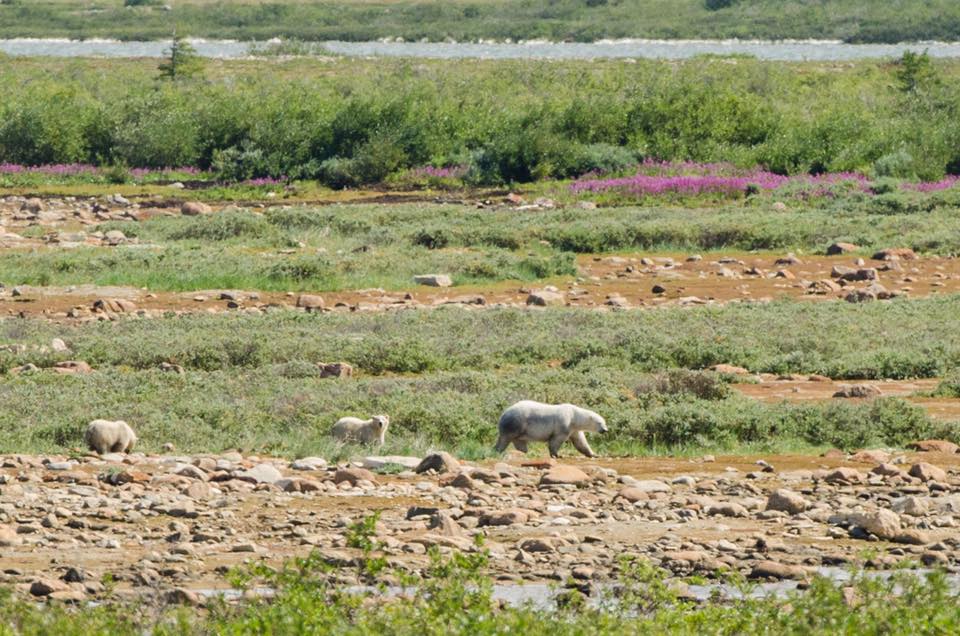