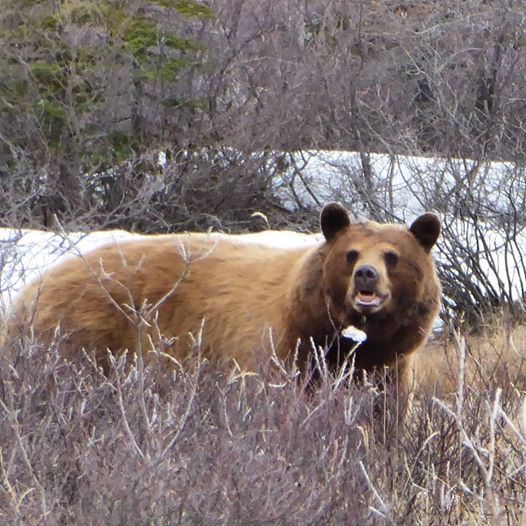 This cinnamon black bear was “captured” via camera by Rhonda Reid in Churchill. Black bears have been more regularly spotted further north over the last 20 years. Churchill has become quite the melting pot of animal species as the climate changes more and more. We are still quite surprised every time we get a look at another bear beside the King of the North! Polar bears still dominate the landscape though we are surely seeing an increase in these other species of bears. 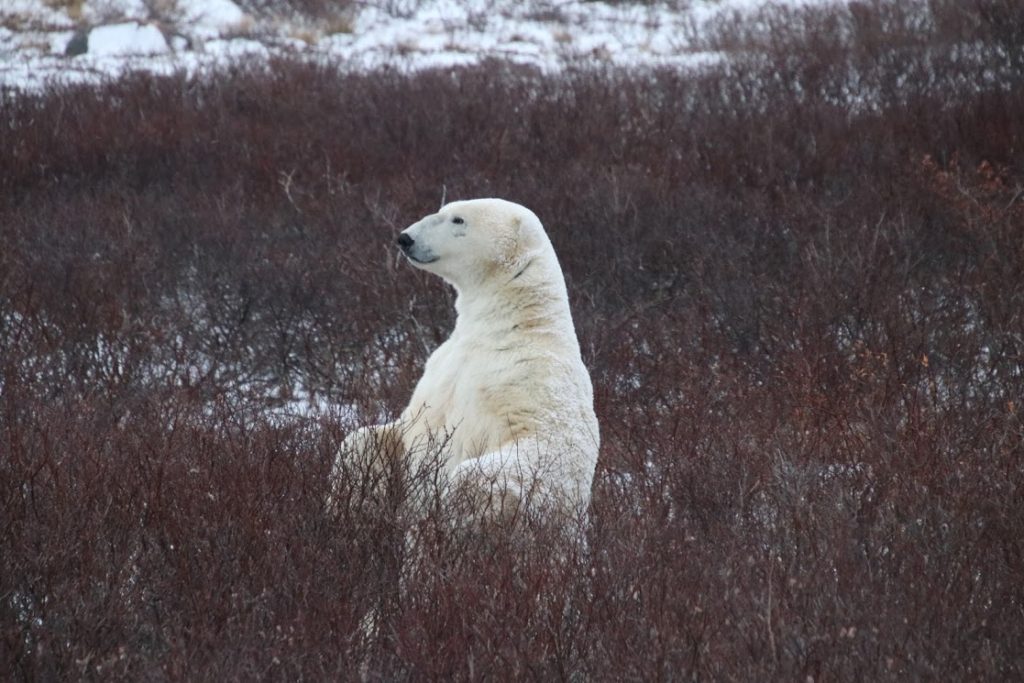 Polar bear peeking out through its napping area in the Churchill willows. Leah Okin Magowan photo

Polar bears bed down in the willows in the fall polar bear season in Churchill to conserve their energy and waning fat reserves. When they are aroused or catch a waft of some unusual smell they will pop up from their slumber ad shelter. Some of these sightings are the most exciting and memorable of a polar bear adventure to Churchill on the Hudson Bay!

Hearing beluga whales communicating in the water of the Churchill River and Hudson Bay around Churchill is one of my most lasting memories of my tenure as a guide for Natural Habitat Adventures. Nothing in nature, in my opinion, compares to witnessing animals communicating with one another and if you spend enough time with beluga whales you will hear them and see how they act as a group and coordinate their actions as apparently one organism. This short video gives an impression of what you can expect to witness as a traveler on a spectacular Churchill Summer Adventure! Enjoy!

Tundra swans along the coast with the spring melt in full force. Katie de meulles photo.

Two awesome images from Churchill photographer Katie DeMeulles.This time of year in Churchill is when birds are arriving all over the tundra and the landscape is alive. These swans and gyrfalcon are early to the spring party.We can’t wait for the progression of seasons brings more and more species to the region. Enjoy.