The iconic Churchill deli and restaurant that was the most popular gathering place in Churchill was destroyed in an early morning fire early this morning..

The building, described as a total loss by Churchill mayor Mike Spence, caught fire just after midnight. Fire crews were still putting out smoldering areas at 8 am this morning, according to Churchill Fire Chief Leroy Whitmore.

“There was heavy smoke and visible flames, coming through the rear of the roof,” said Whitmore.

Crews worked tirelessly from within the building to get a handle on the blaze but were driven back each attempt. Eventually Chief Whitmore made the decision to knock the structure down in order to protect adjacent staff housing and surrounding neighborhood homes.

No information concerning the cause of the fire has been offered. With the total loss and destruction of the building there’s a good chance we will never know.

“Due to the extent of the damage and the fire suppression efforts, the cause of the blaze is pretty much impossible to determine, now,” said Whitmore.

Luckily the blaze happened at a time when no patrons or employees were inside. Eleven volunteers fought the fire through the night, said Whitmore. No injuries from the fire crew were sustained either.

“There was heavy smoke and visible flames, coming through the rear of the roof,” said Whitmore.

Crews tried about half a dozen times to put out the flames inside, but eventually were forced into a defensive position and the decision was made to knock the building down in order to protect staff housing nearby, he said.

“A dozen volunteers battled the relentless fire the during the night”, said Whitmore.

Gypsy’s Bakery has been the social center of Churchill for 25 years and the DaSilva family has been like family to all who knew them. it will be hard to replace the atmosphere they spent years creating. Social media has been filled with outpouring of grief and sadness from residents of the town all morning. 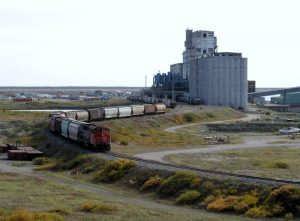 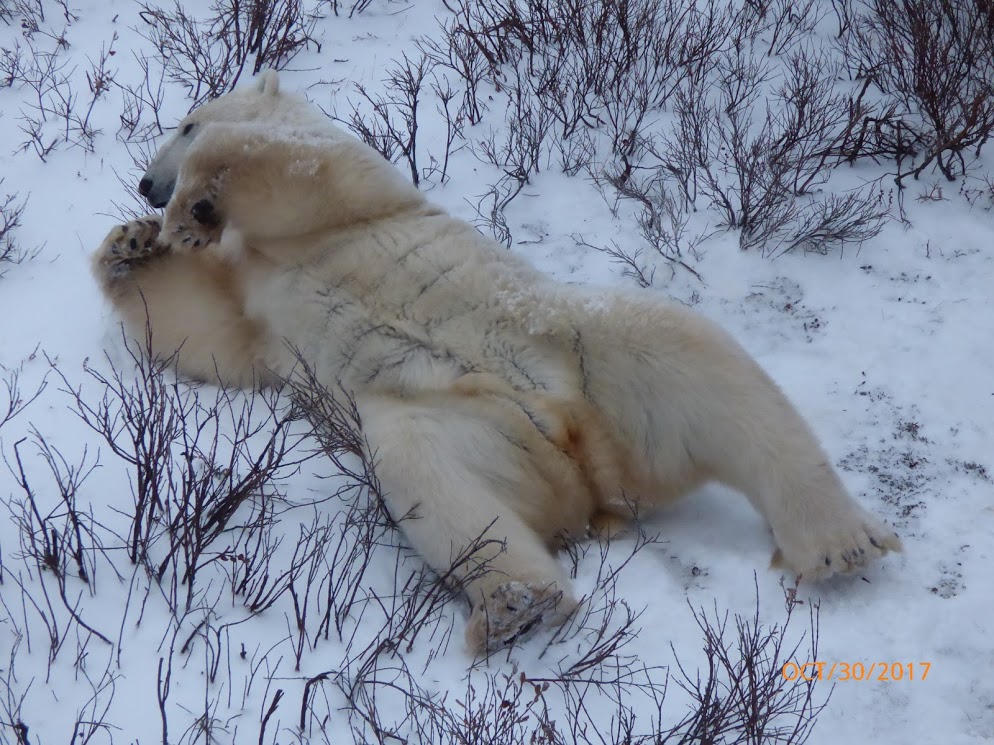 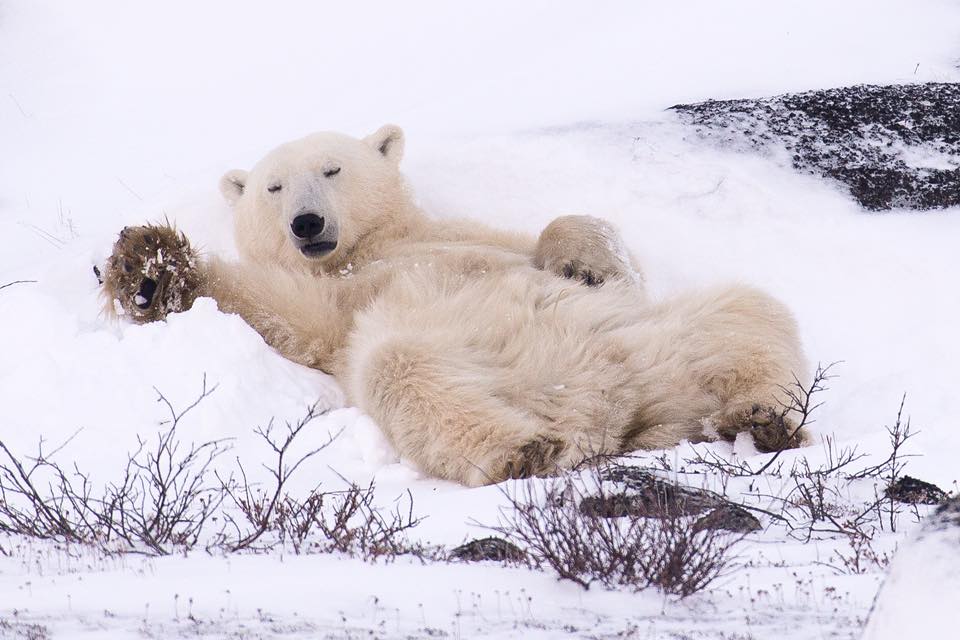 Only five months to polar bear season so we all have some time to relax. Especially these polar bears from past seasons. Really great shots of the King of the north!