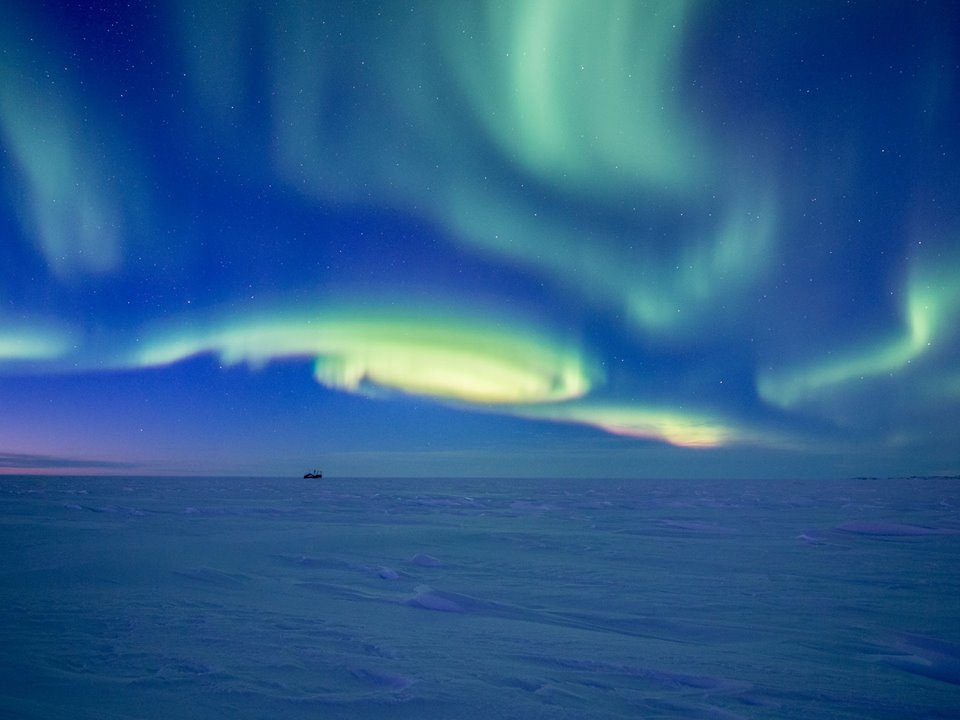 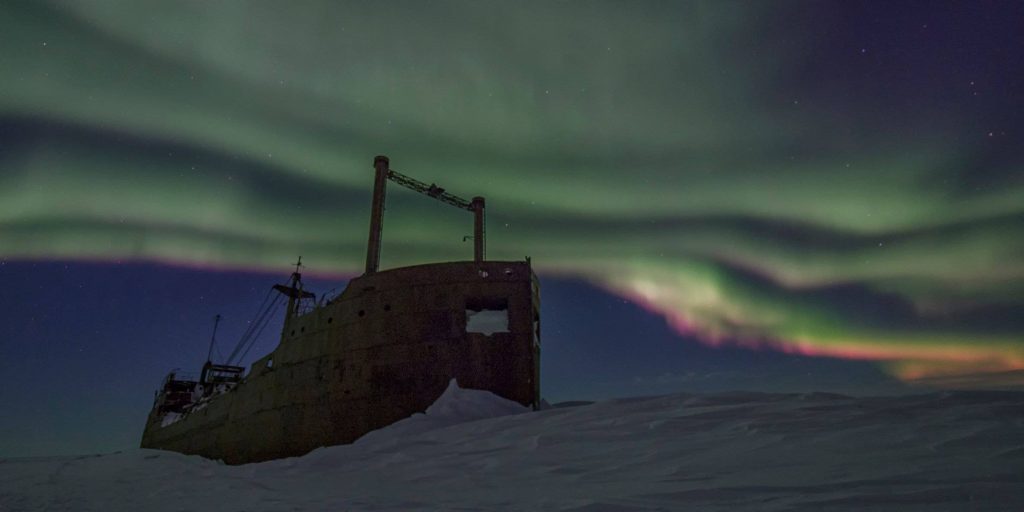 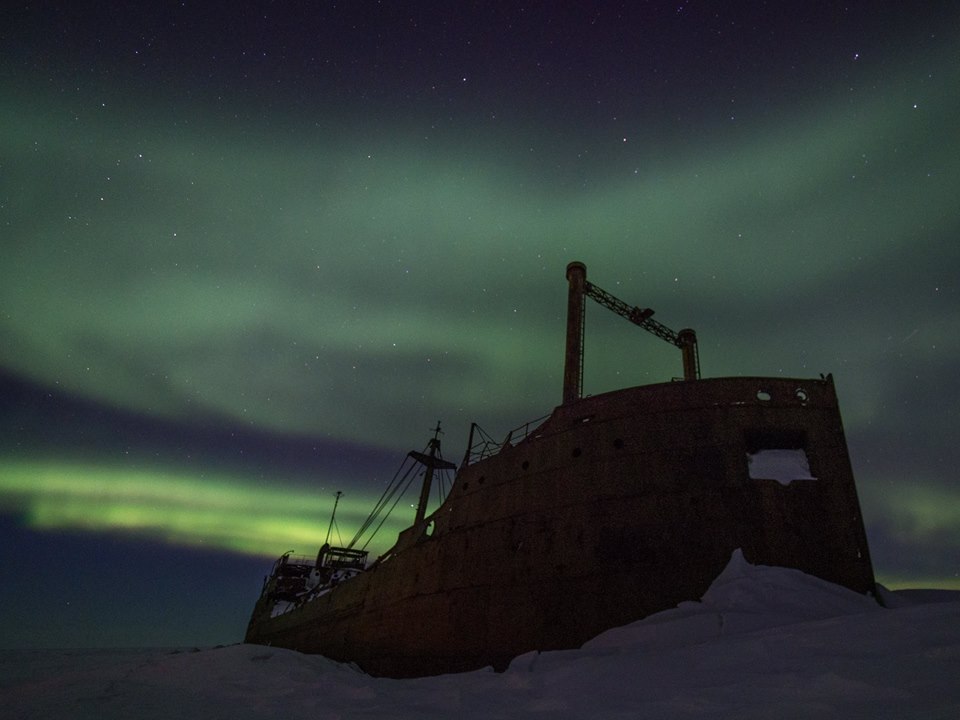 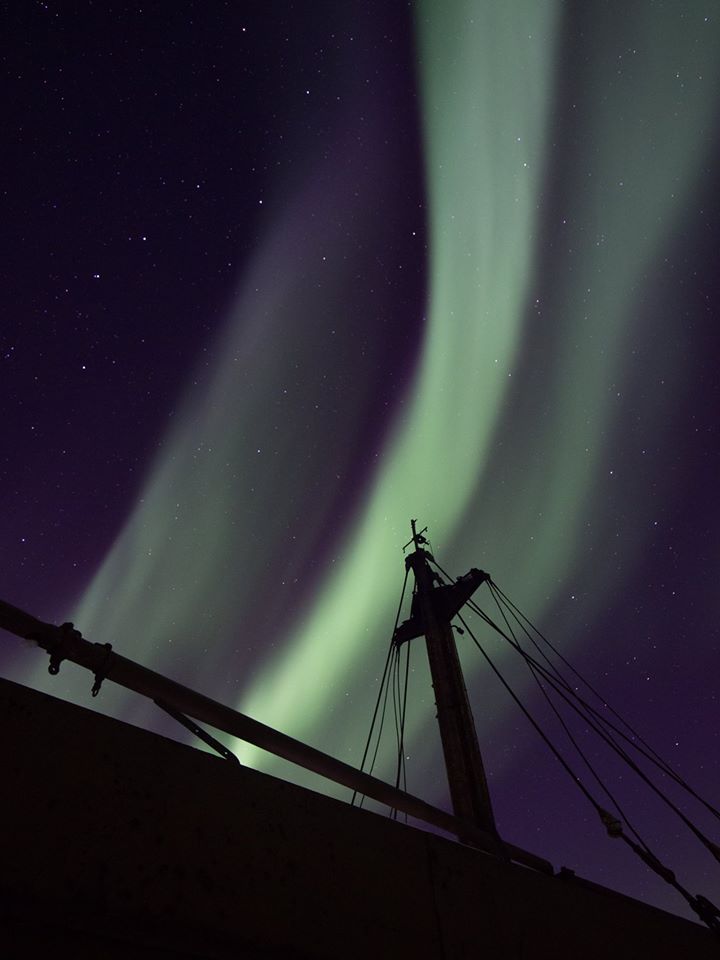 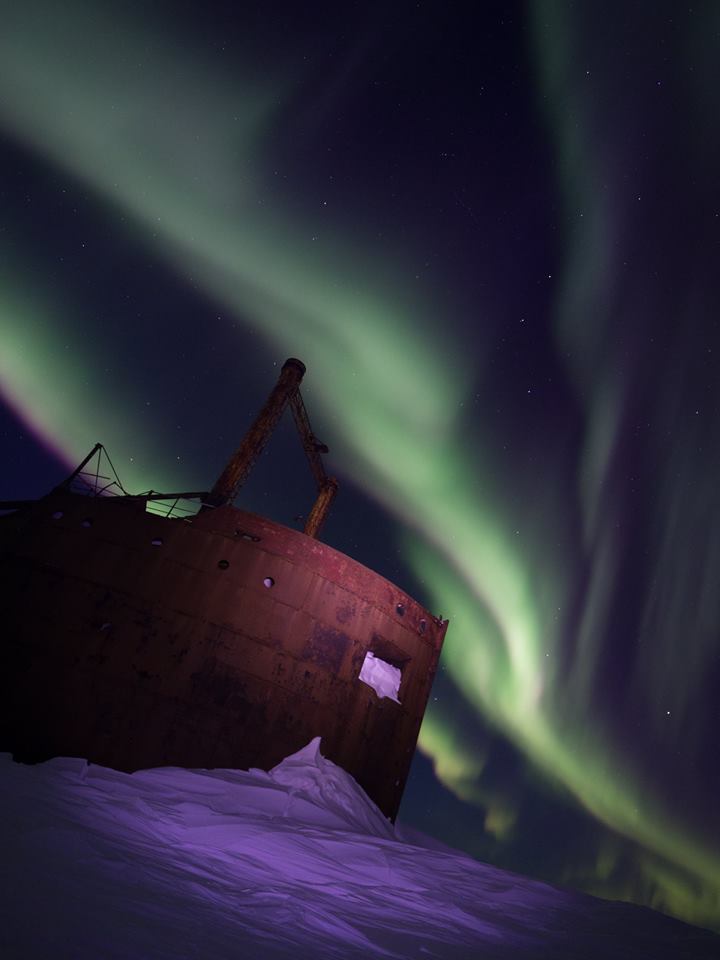 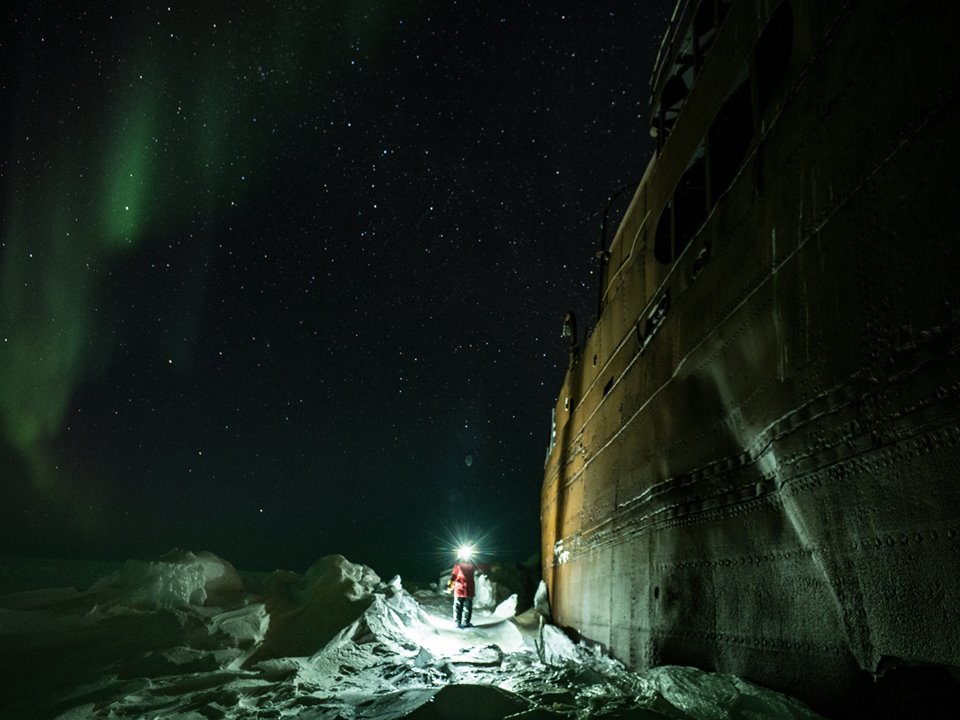 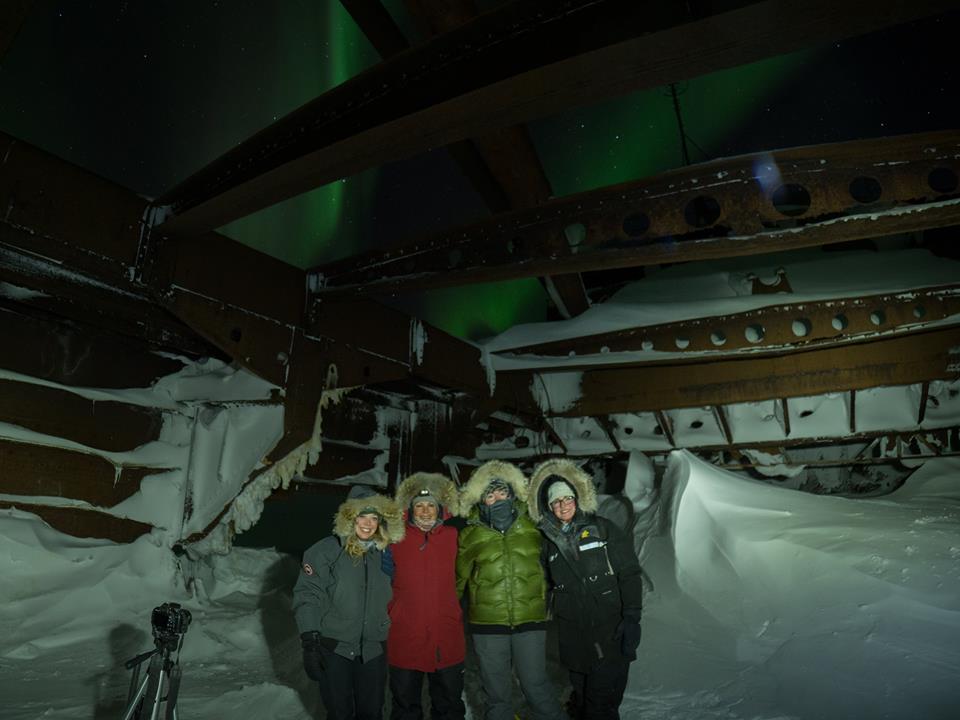 A hellacious blizzard is continuing to bury Churchill with heavy, drifting snow. People have been advised to remain inside and stay safe until the weather lets up sometime on Thursday. In many cases leaving the house isn’t a choice as snow buried any access to doorways anyway. Northern lights will obviously be obscured for awhile as the storm rages on. This is by far one of the most incredible storms in a long time that the town of Churchill has experienced! Stay safe and hopefully the newly updated Hydro system will keep power on!

Check out this video on location in Churchill! 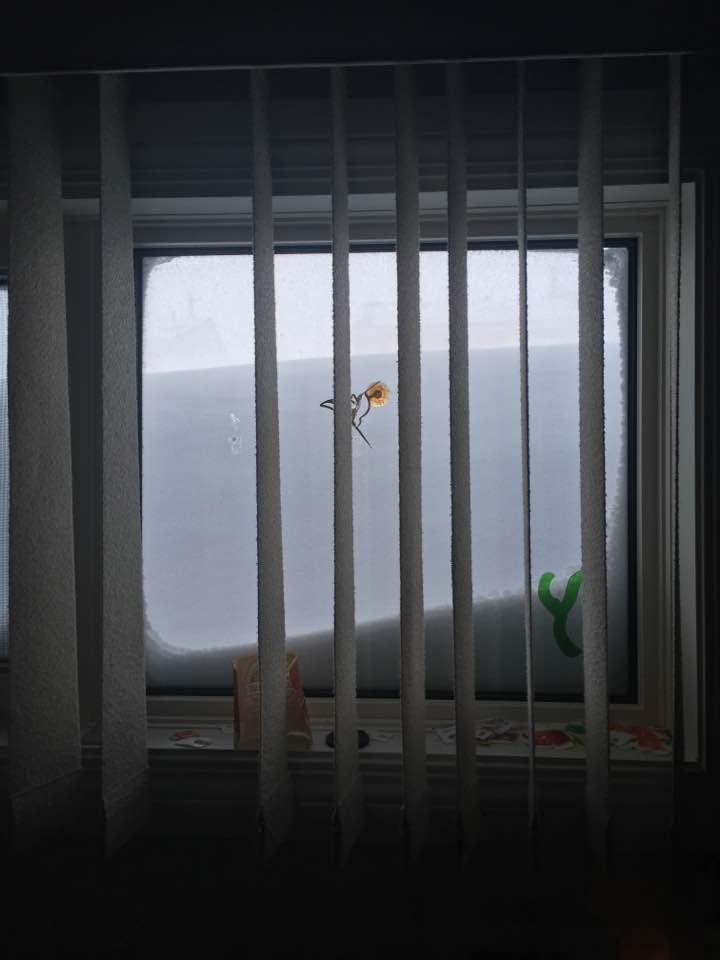 Snow creeps up to the edge of window in Churchill. Kelly Turcotte photo. 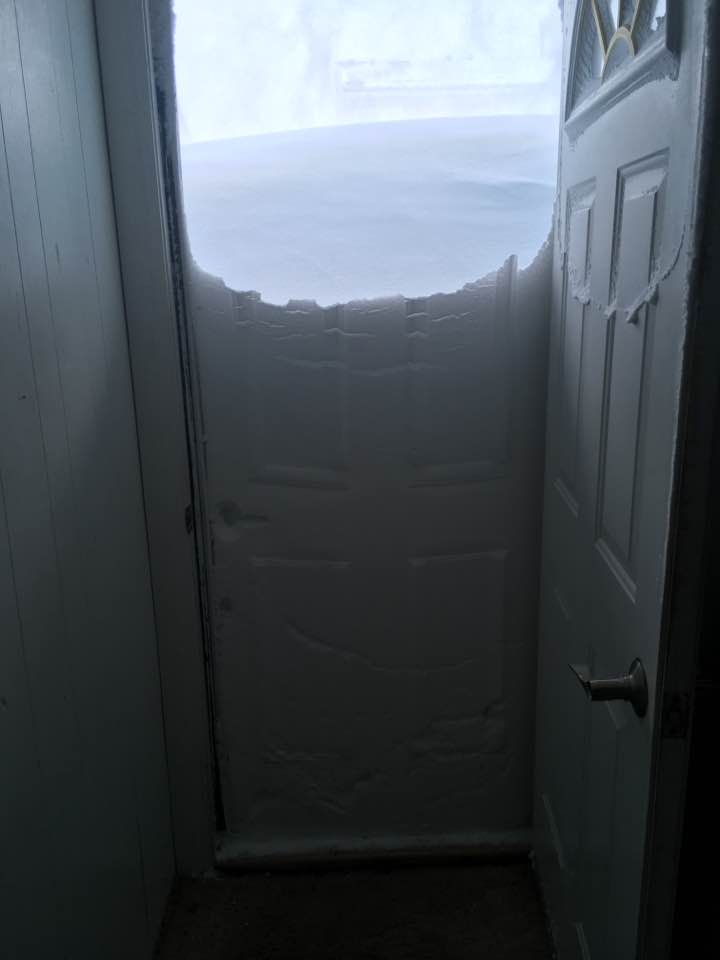 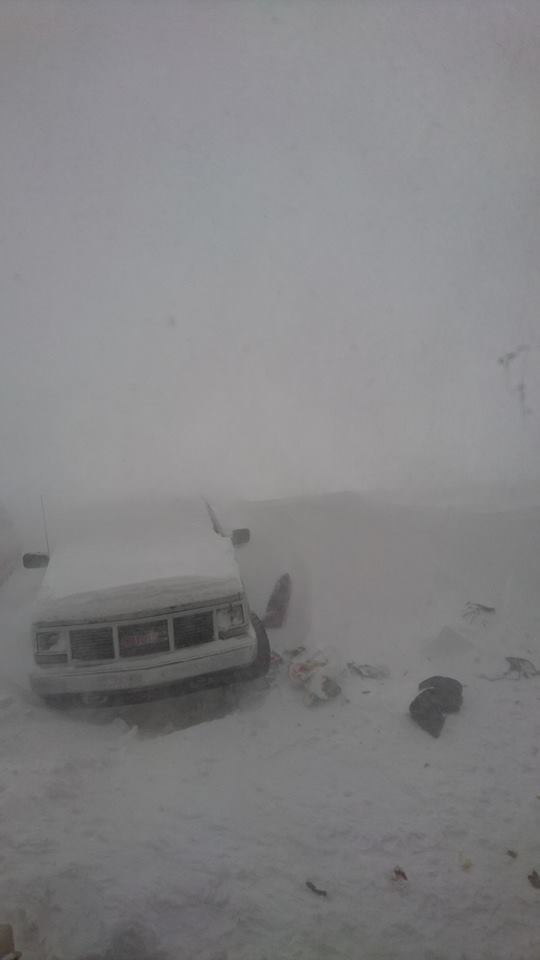 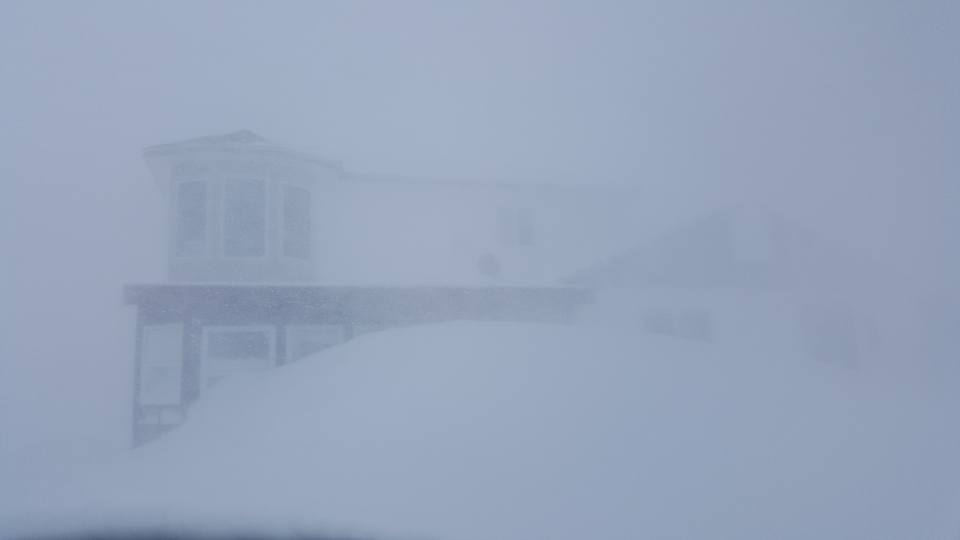 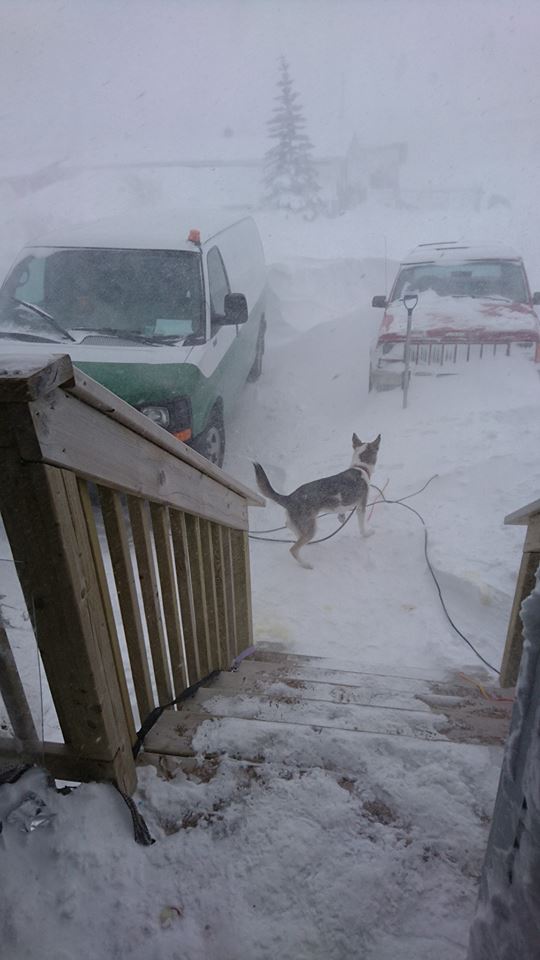 Dogs getting out in Churchill blizzard. Jodi Grosbrink photo.

The Hudson Bay Quest has finished with unofficial results posted. Tom Terry was the last musher heading into Churchill after being caught in a ground blizzard yesterday and the official word is that he scratched from the race. Tom arrived into Churchill today and the other mushers were there to welcome him in.

Overall the mushers had good weather over the course of the race. Some had to battle through the ground blizzard that blew in at the tail end of the race. While time results have been posted, the official place finishes will be revealed tonight at the mushers banquet at 5:30 pm in Churchill.

I won’t speculate as to the 2015 winner at this point as the times can be  adjusted by the race marshal for different infractions over the course. Stay tuned for final results in tomorrow’s post!

An avid fan congratulates her grandpa at the finish in Churchill. Laurie Dingwall photo.