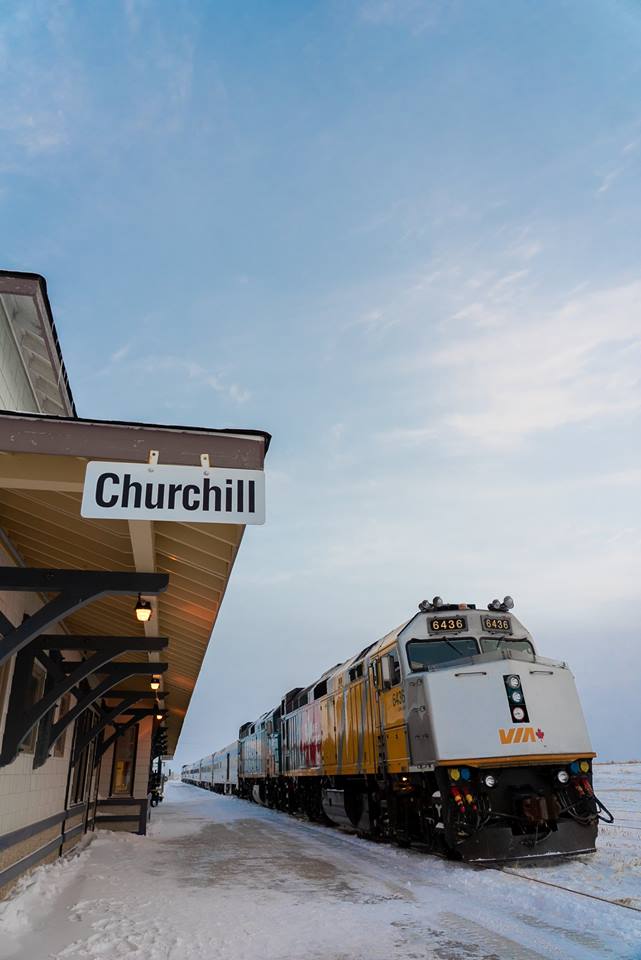 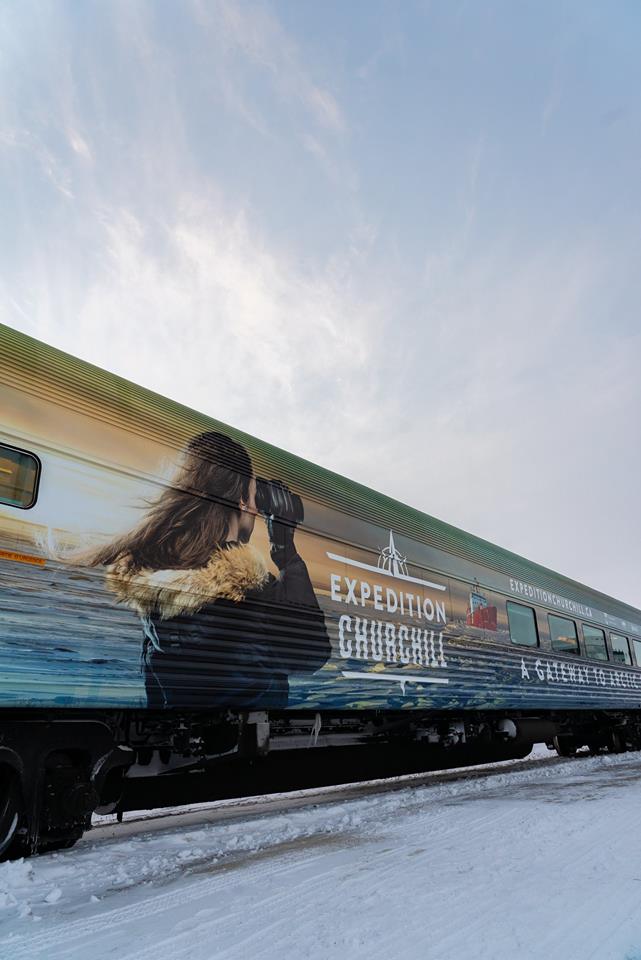 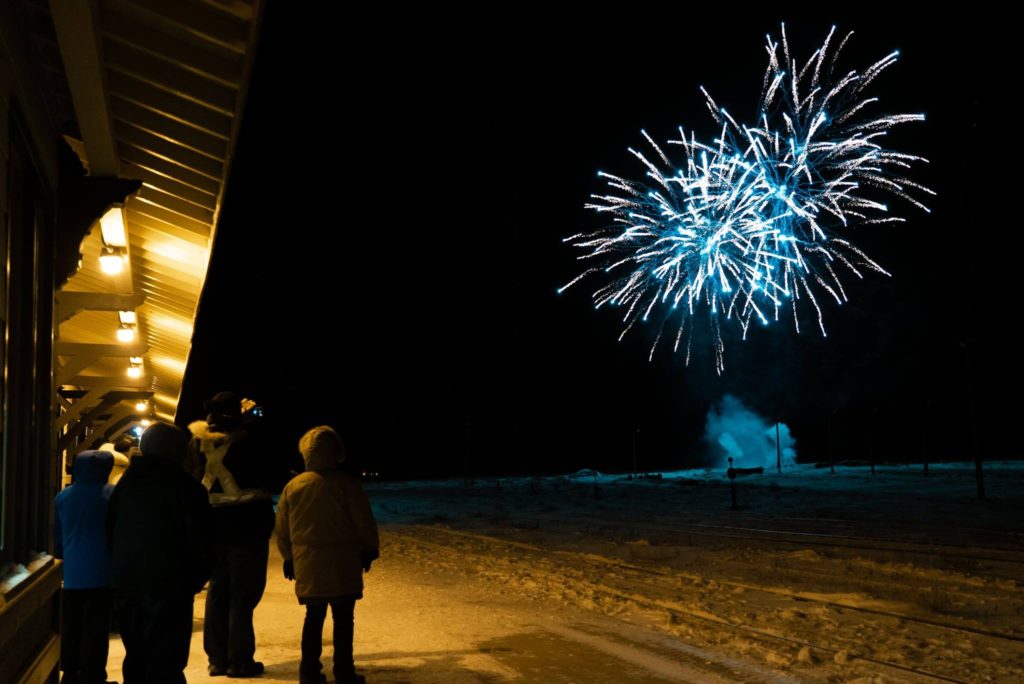 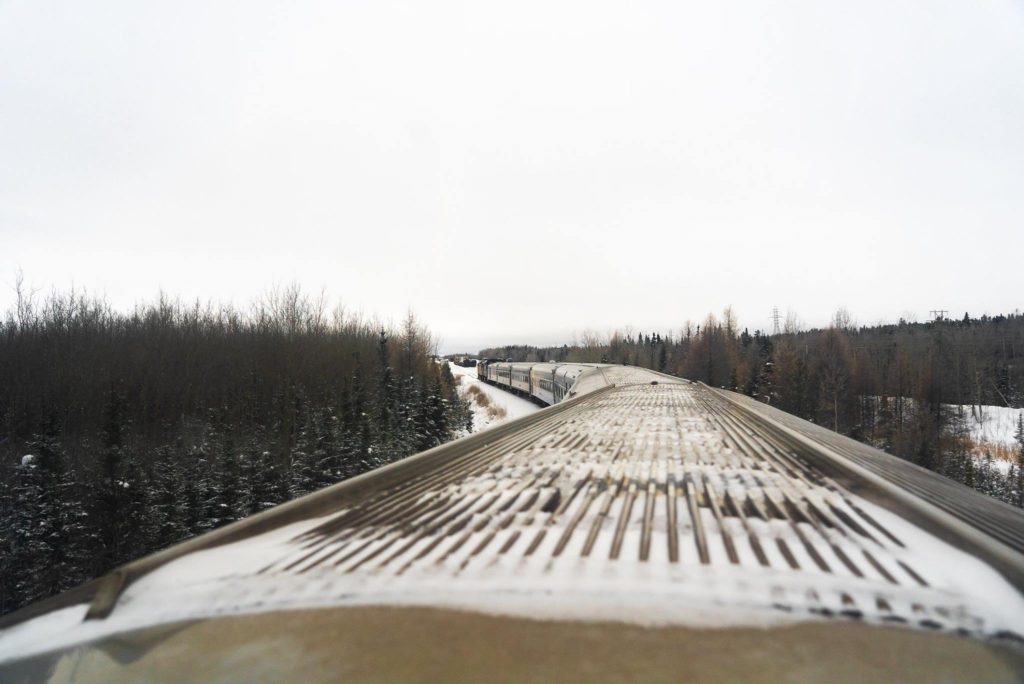 Four sweet shots from Travel Manitoba highlighting the Churchill celebration of the train arriving in town. This is the biggest Christmas present Churchillians could ever ask for at this point in time! This certainly signals an exciting and positive new era for the town and all its wonderful residents. The Hudson Bay Railroad is alive and well in the north! 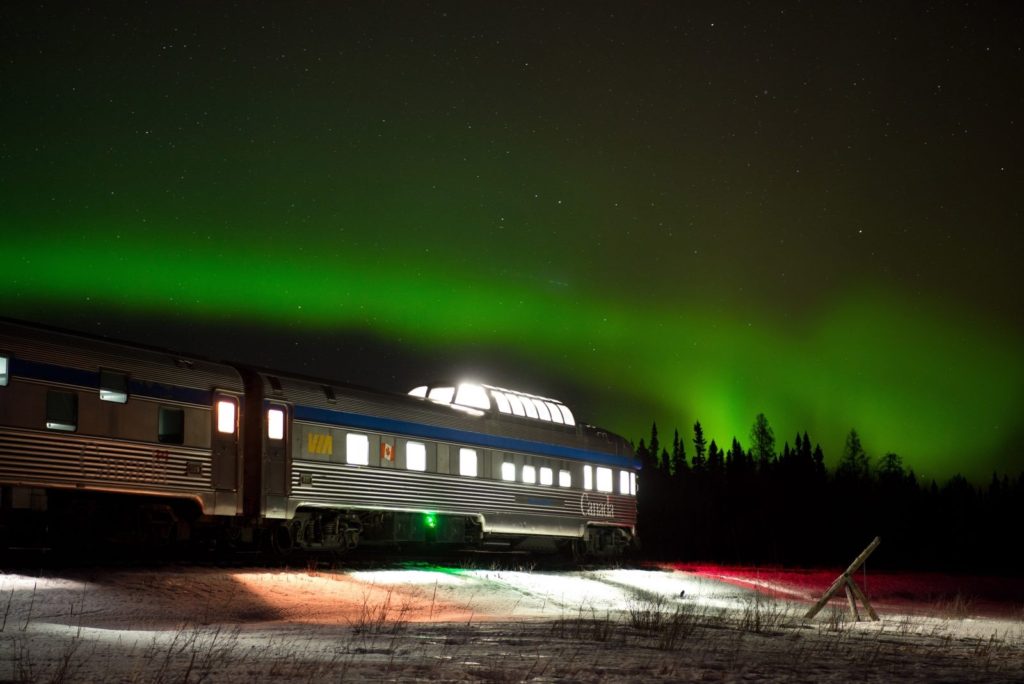 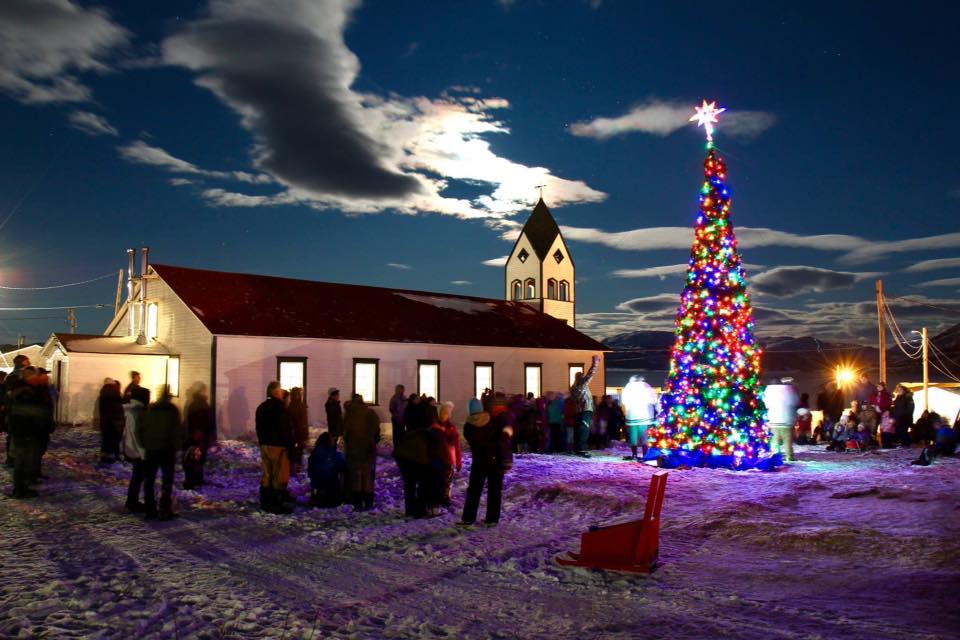 Merry Christmas from Nain, Labrador. Wishing all a healthy holiday season and upcoming prosperous new year! The Arctic exudes a simplicity in celebration this time of year and what a beautiful place it is!

The ice road to Churchill via Gillam is finished and ready for business. Polar Industries Ltd. photo.

Christmas is coming a little early to Churchill this year!

The winter “ice” road project initiated by Polar Industries, Fox Lake Cree Nation and Churchill’s Remote Area Services between Churchill and Gillam has been completed and supplies are scheduled to arrive in town by Wednesday.

“The guys finished up late [Thursday] night and they’re on their way back out to Gillam so we can start our actual journey with freight on Sunday,” explained Polar Industries president Mark Kohaykewych.

“We’re doing a spiritual, traditional ceremony since we are crossing Fox Lake traditional land. We’ve been accepting a lot of freight the last week and the trucks are leaving to head up to Gillam for Sunday afternoon.”

Kohaykewych set a tentative completion date of Christmas and thanks to weather conditions consisting of cold conditions and relatively little snowfall the artery is ready for shipping albeit not overly large loads.

“We’re just starting off with two, we don’t want to go too heavy on this first journey. We definitely want the ground to harden up and we don’t want to be busting through any rivers or damaging any ice bridges that we’ve created,” Kohaykewych said. “We’re splitting the load between three cat trains, 20,000 pounds apiece.”

Last May the tracks between Churchill and the south suffered extensive damage from melting snow and ice that had accumulated after major blizzards blanketed the region. The ice road became a reality after the realization the Hudson Bay Rail Line between Gillam and Churchill would not be repaired before Spring. With no projected repair timeline in sight, the winter road will help ease the financial hardship incurred by residents and businesses having to pay for air shipping costs nearly quadruple that of ground shipping.

“We’re cross-docking off of the transport trucks onto sleighs that we’ve manufactured and then pulling them with what the general public would know as dozers or cat trains,” Kohaykewych said. “I’m figuring we should be on the road between 30-36 hours.”

The road will allow Santa to drive his sleigh safely across the tundra and arrive in Churchill by Christmas Day!