The Hudson Bay is not cooperating for the hungry polar bears in the Churchill region. As you can see in the notes by Conservation officers, Churchill is not so safe these days. Hopes are high that the ice will return and remain  the rest of the winter once we are through this period. Anxious polar bears on the land and in the Polar Bear Holding Facility will eagerly migrate their once formed! This extended ice – free period will affect the southern Hudson Bay polar bear population in some way. It will be quite interesting to see what transpires in years to come.

Alex De Vries – Magnifico took this incredible Churchill sunset through the boreal forest on the outskirts of town. Sunsets are pretty amazing this time of year in the Churchill region! Polar bear season is surely the time to see diverse wildlife, especially polar bears, though the sunsets are second to none in our opinion! Enjoy. 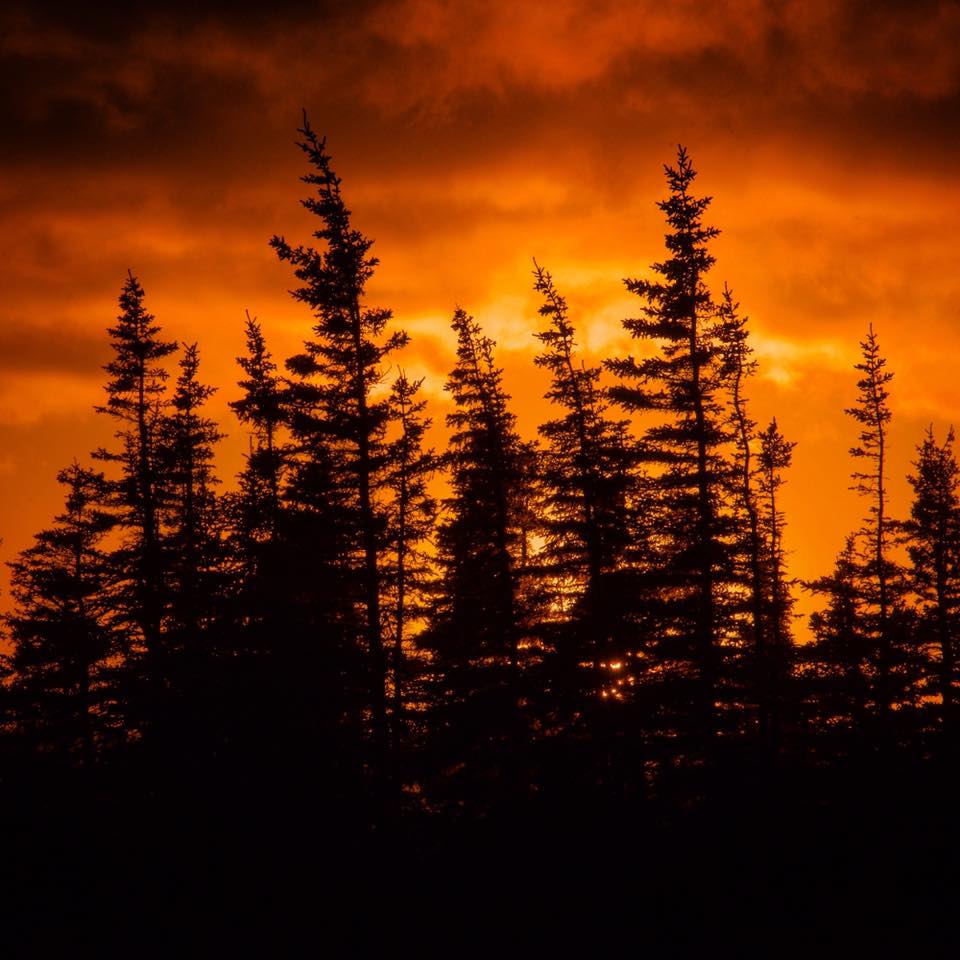