Looking through melting ice out onto the Hudson Bay in Churchill. Great White Bear Tours photo.

Beluga whales are returning to the Churchill River and the birds are plentiful in the region these days. The short but rejuvenating Churchill summer season is one of the hidden treasures of the north country on the Hudson Bay. Until you’ve experienced all the wonders of this season in Churchill, you cannot appreciate the endless beauty and discoveries to be made each day..which are “literally endless” in the heart of summer.

Bird species begin arriving in spring and then continue filtering in and out throughout the summer. Over 200 species, including the ultra-rare Ross’s gull named after the British Arctic explorer James Clark Ross converge on this majestic feeding and breeding ground. This elusive gull can be sighted sometimes down by the flats on the Churchill River just south of the Port of Churchill. Famous Churchill birder, Natural Habitat Adventures guide and former Churchill Summer co-guide of mine Bonnie Chartier lead a group to a spot on the river once where we discovered the pinkish – bellied bird.

Ross’s Gull in the shallows near Churchill. Wikimedia Commons photo.

The photo opportunities this time of year constantly unveil themselves daily. My favorite time of year is when the ice breaks up and these floes scatter the marine landscape. The colors of the water, rocks and ice all below a brilliant Arctic sky bring new hope and inspiration to Churchillians and those lucky to travel to this wondrous land.

Snorkeling with the beluga whales in the Churchill River. Moira la Patourel photo.

Churchill Summer is a unique time of year in the region. Life explodes all around the tundra and waters of the Hudson Bay and the Churchill River! With news that the train line could be under repair during this summer, the mood of the season has taken on another level of optimism. It’s always an amazing time to be in Churchill! 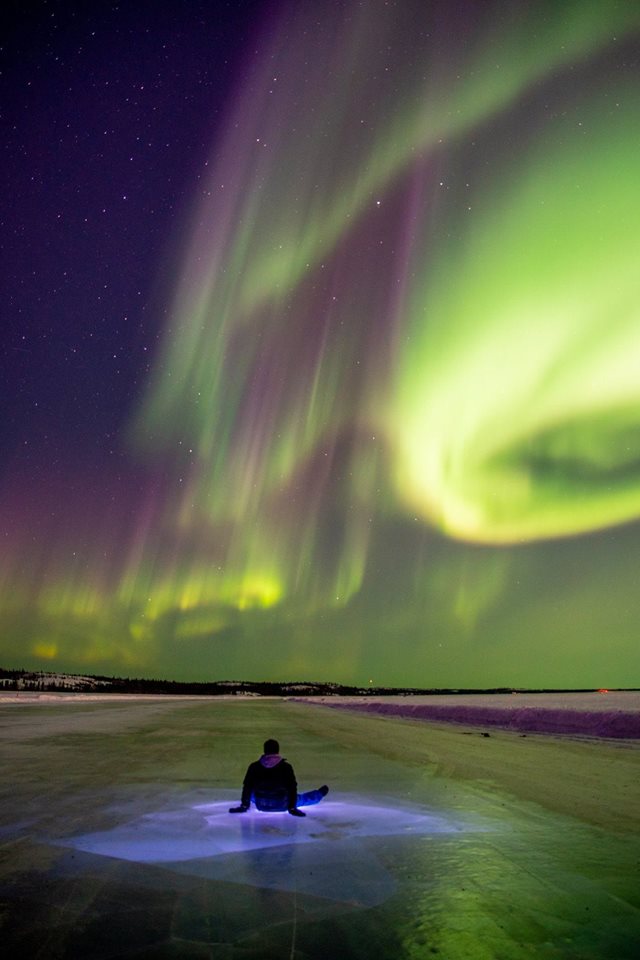 Northern lights fill the sky on the winter road between Yellowknife and Dettah. Ray Chiasson photo.

This incredible aurora borealis shot from Ray Chiasson is one of the most spectacular images from the north country this winter. As much as we are getting excited for the upcoming Churchill summer season, we will miss these magical views into the heavens and the beautiful northern lights!