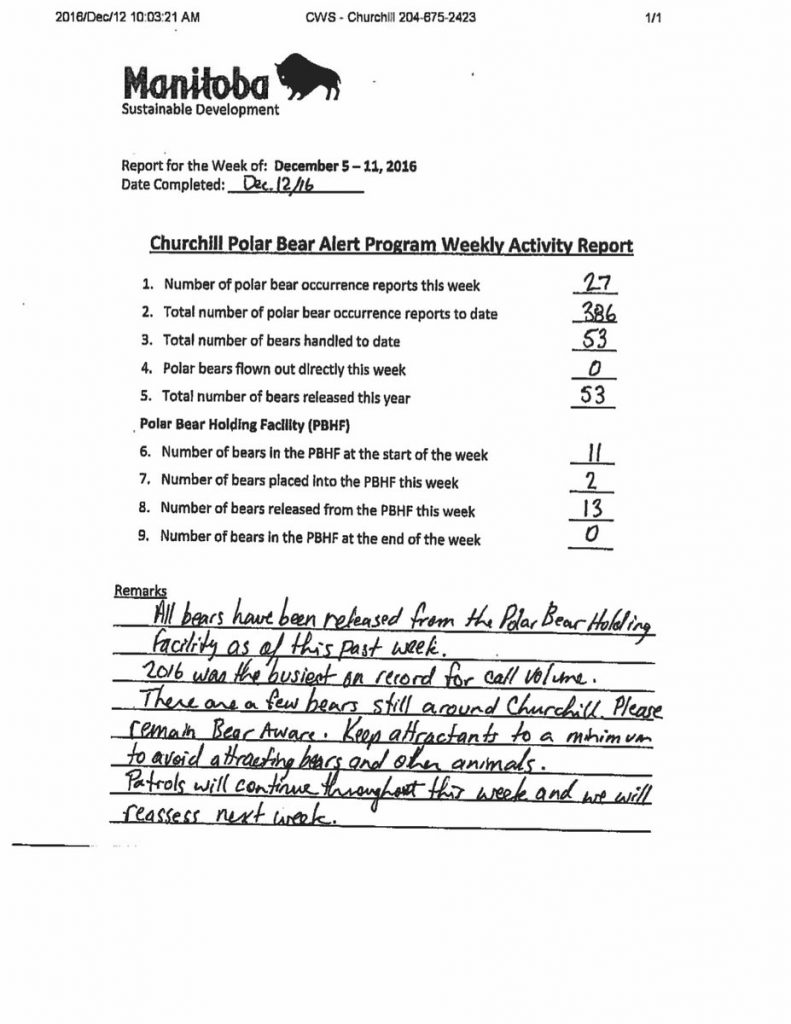 When polar bears venture onto the ice in the Hudson Bay come late November they are prepared for potential confrontations with other bears over territory dominance of mating disputes. Sparring sessions in the Churchill wildlife Management Area and around the Hudson Bay Coast play an integral part in polar bear interactions and communication all year round. A dominance and respect is established through these fights and on the whole most bears know when to stop before serious injury is inflicted. There is also reason to believe the bears use the mock fights as a way to keep fit and alert for the long seal hunting season out on the pack ice.

The fight sessions are incredible to witness in person on the tundra in the Churchill wildlife Management Area.

Polar Bear Season Over in Churchill

Polar bear season 2014 has come to a close in the Churchill Wildlife Management Area as well as the Churchill town vicinity. Polar bears in the area have headed out on the Hudson Bay ice pack in search of seals to forage. Although the last travelers to Churchill have had sparse bear sightings at best, the situation for the bears is ideal.

Here’s the link to the Conservation numbers of polar bear occurrences, fly-outs, in the compound, and releases throughout the season.

A truly memorable season is over ….looking forward to this winters’ aurora trips!

For information on this winter’s upcoming aurora borealis trips go to nathab.com!