Train Arrives in Churchill After 17 Months

The people of Churchill have not heard the whistle of a train for 17 months…until Wednesday. The first train to reach Churchill in nearly a year and a half pulled into the station to the joyous yells and screams of townspeople running to greet the engines. This first train was just a small one with a couple of engines, flat car, and caboose. A test of tracks for longer passenger and cargo trains set to come by the end of November.

Prime Minister Justin Trudeau came to Churchill to be a part of the celebration, acknowledge the suffering Churchillians have gone through and praise the groups and individuals that have bonded together to make this new beginning a reality for the northern communities.

The amazing transformation of the Hudson Bay rail line has taken a broken down system and repaired it in just over a month allowing the isolated towns of the north, including Churchill, to become part of the province infrastructure again. It truly is a historic time for Churchill and the other communities served by the railroad. Great things are just beginning to happen for this region!

This video by CTV News signals the announcement of the Port of Churchill and the Hudson Bay Rail Line is truly official. Churchill residents are ecstatic over the news and repairs to the rail line are already underway with hopes of finishing before the winter freeze-up hits! What amazing news for the town and everyone involved! 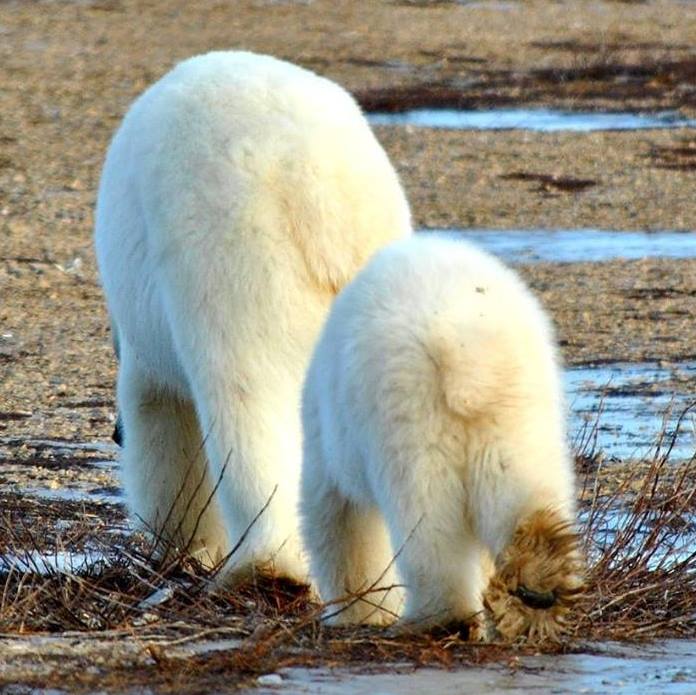 In a surprising merger of two competing groups from the north, they have now joined forces to purchase the Port of Churchill and the Hudson Bay rail line. This development could be a last-ditch effort to pressure the federal government to initiate track repairs before the long, cold winter sets in.

Grand Chief Arlen Dumas, an acting representative of Missinippi Rail LP, has declared that his former group,  Mathias Colomb First Nation, will no longer seek ownership of the Port facilities and rail operations. He has shifted his focus to working with other parties in a bid to acquire the port and its assets currently owned by U. S. company Omnitrax.

Sun is setting on the chance to repair the Hudson Bay Rail Line. Don Wilson photo.

Dumas offered $20 million to Omnitrax as chief last June. Omnitrax accepted and the two parties signed an agreement to transfer the port, rail and marine tank farm. The Assembly of Manitoba elected him grand chief of Chiefs in July and the prior agreement dissolved.

Another set of suitors also signed the letter to the PMO. Chief Christian Sinclair of the Opaskwayak Cree Nation and Churchill mayor Mike Spence head up the coalition called One North.

“It’s got to be a mutually combined business model that will work for everybody’s interests,” Sinclair said, adding his understanding is Ottawa is ready to go with some form of a plan, but details have to be worked out.

Chief Christian Sinclair heads a group that will purchase the Port of Churchill. CBC photo.

Concerning the port and rail purchase, Chief Christian Sinclair stated recently “if we can send a man to the moon, I’m sure we can fix a rail line.”

Federal Natural Resource Minister Jim Carr released a statement on Friday saying Ottawa has made Omnitrax aware that the company is responsible for repair costs.

Omnitrax staff have defended themselves by calling the rail line “a public utility,” and state they are unable to pay for the repairs.

Since late May, when floods damaged multiple sections of the rail line,  Churchill residents have been without rail service from the south. Estimates between $20 and $60 million have left groups fighting to find who is responsible for the bill. Meanwhile, food prices have skyrocketed leaving locals frustrated regarding the future of the town.

At this point the “repair train has left the station” so to speak. Sinclair had previously said time is critical and he could be in Winnipeg “within hours” to sign what is necessary to move ahead. However, as we near the end of September, it would take a mammoth effort to complete repairs before the winter is upon us.