A  late summer storm swept into Nunavut and brought heavy winds and snow to the region.With all the steamy hot temperatures to the south, watching this will cool us off and remind us of what’s to come in a few months. The wintry blast seems incomprehensible at this time of summer though in a way the cold is a refreshing reminder that the heat won’t last too much longer!

If you’ve ever wanted to touch a feisty beluga whale now is your chance! Churchill’s Arctic summer is on the horizon…just over those snowbanks…you know the ones that will continue to build throughout the rest of the winter…possibly up to the second story of some buildings in downtown Churchill proper. Yeah, maybe the horizon is somewhat in the distance but we can all start dreaming about a trip to Churchill to see thousands of beluga whales in the waters lapping the frontier town on the Hudson Bay. Have a look and come touch a beluga whale for yourself this summer!!

Everything But The Carbon Sink

The Arctic and sub-Arctic permafrost is frozen soil that for the most part stays that way all year round. Carbon is stored for thousands of years in the matter of dead plants in this frozen substrate. A carbon sink is how we used to refer to it in guiding amazing Churchill Summer trips back in the day. Nearly one quarter of the the land in the Northern Hemisphere is permafrost.

By some scientific reports, permafrost could contain over twice as much carbon then the atmosphere already holds. Scientists believe that some of that carbon, with the increased warming in the north, is already escaping into the atmosphere in the form of carbon dioxide or methane gas. This is just the tip of the iceberg figuratively speaking.

The National Academy of Sciences estimates that the permafrost stores 1,800 billion tons of carbon which is double that which is currently held in our atmosphere. And with the warnings of global warming that we have now this statistic is of grave concern.

There is no definitive way to measure exactly how much carbon will be released from the ground as temperatures rise though delaying regulation agreements in the world today. Choosing not to dramatically reduce global emissions now is a high risk gamble that seems oversimplified by many. Once the permafrost thaws and the carbon escapes in gaseous form to our atmosphere, we can’t put it back. We can’t just refreeze the ground and turn back the clock. It’s the proverbial unpredictable genie let out of the bottle…we need to be careful what we wish for.
Estimates from projected data charts show that an average of 160 billion tons of carbon could emerge from thawing permafrost by the end of this century. The National Academy  of Sciences states we need to keep atmospheric carbon down below 1,100 billion tons in order to limit temperature warming increases to 2 degrees celsius.
Arctic ice coverage has shrunk by 35 per cent over the past several decades. We have seen a stabilization of sorts over recent years even though this past winter had a record low maximum ice coverage. This coupled with other natural warning signs give reason for heightened concern over the permafrost thawing.

Other than the threat to human lifestyle on earth,  11 keystone Arctic mammal species are under threat as well due to melting sea ice and global warming. Polar bears are of course the most iconic of these species. Changes need to be addressed immediately in order to reverse the fate of all these living creatures.

Churchill is experiencing a warm spell with temperatures this week in the single fahrenheit digits. The “warmer” air is welcome after an extended streak of frigid cold the past few weeks. The region currently has light snow with the temperatures to dip below zero for the next couple of days and then back above that mark by week’s end.

This weeks photos are in honor of the warmth. Summer will be here before you know it and here are some fun Arctic northern summer shots to keep you warm! Enjoy! 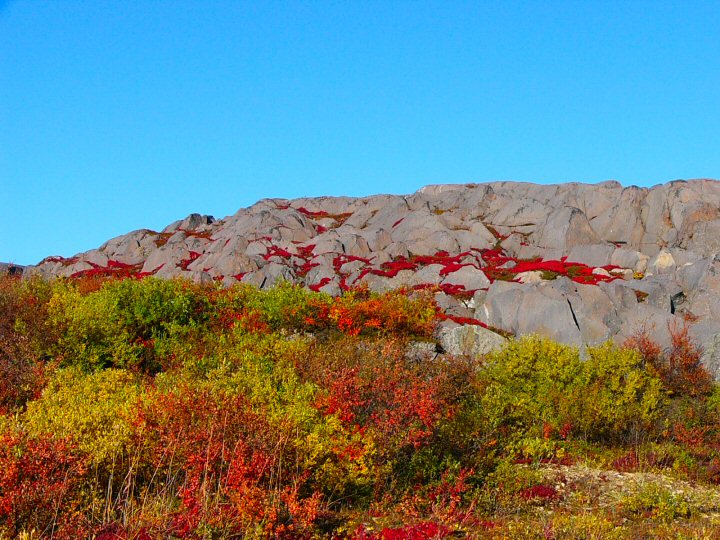 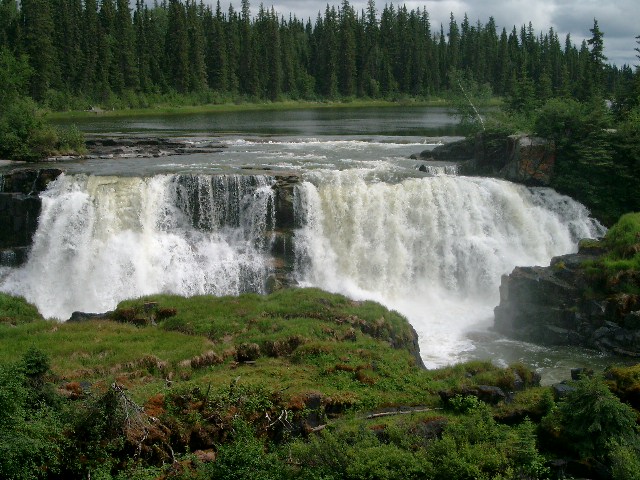 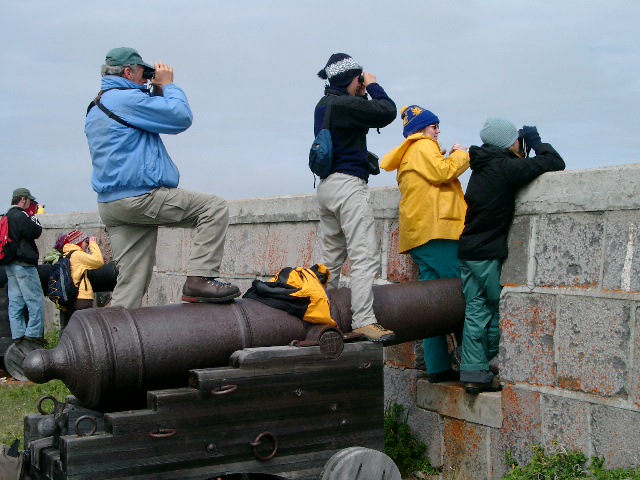 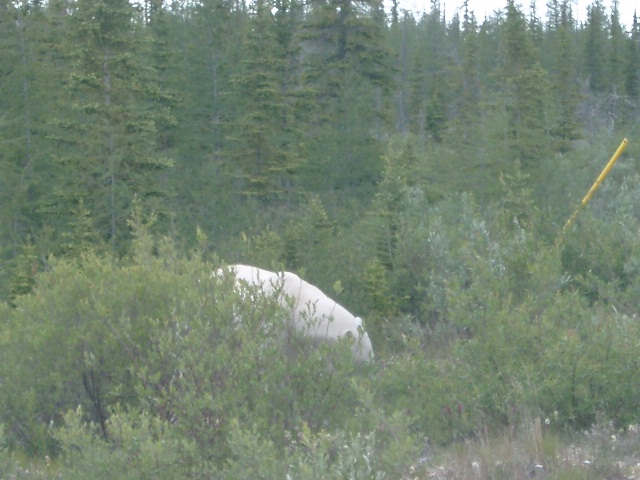 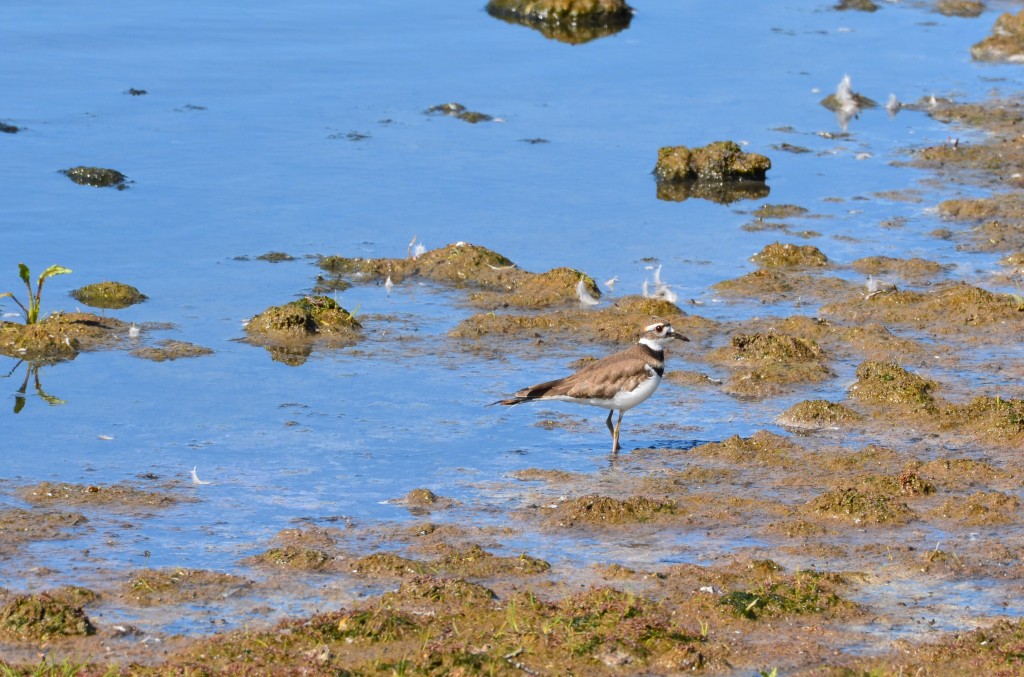 Shorebird wading in the tidal waters of the Hudson Bay. Steve selden photo. 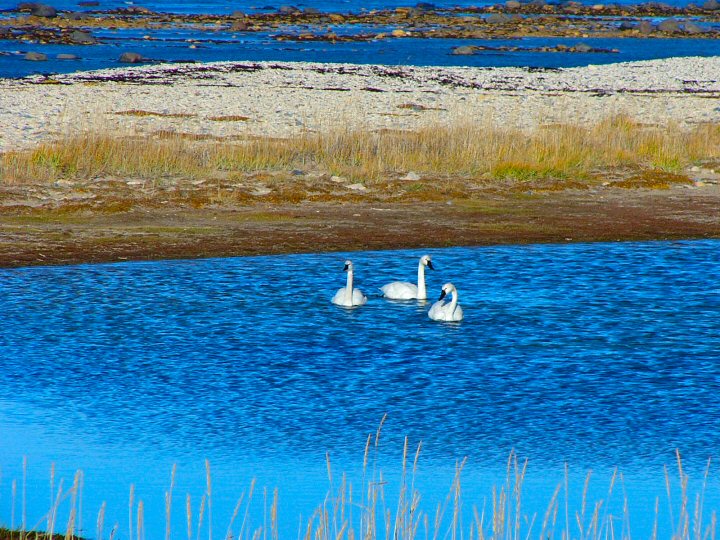